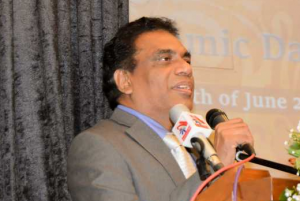 This week Nawaz was sworn in as the Acting President of the Court of Appeal before President Gotabaya Rajapaksa at the Presidential Secretariat.

The former President of the Court of Appeal PC Yasantha Kodagoda was recommended by Rajapaksa last week to be appointed to the Supreme Court.

The CC today(24) approved Rajapaksa’s recommendation to appoint Kodagoda to the Supreme Court.

December 31, 2020 byNethmi Liyanapathirana No Comments
The holding of Provincial Council (PC) elections has been delayed until a final decision is reached on the election, The Morning learnt.