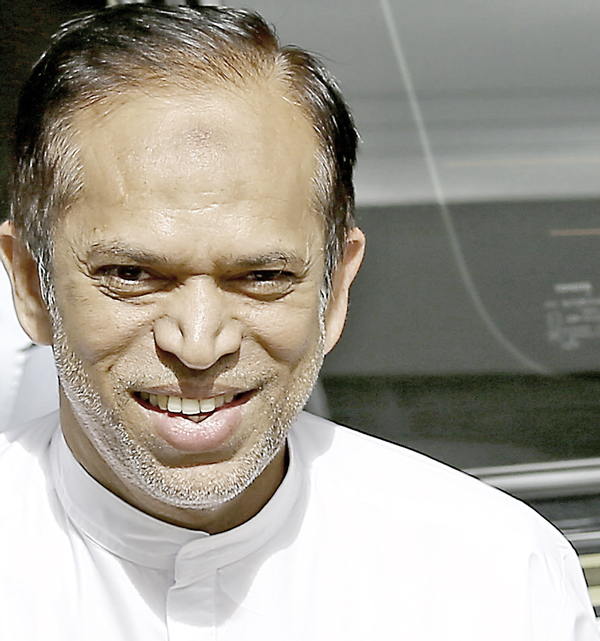 Former Governor of the Eastern Province M.L.A.M. Hizbullah asserted that he didn’t want to become president and that he was only contesting the presidential election to “make a strong president” for Sri Lanka.

What made you decide to contest the presidential election?

I’m contesting the upcoming presidential election to get the Muslim vote and to unite the Muslims. In addition, I want to support the Muslim community and demand the rights of the Muslims as well as ensure they are protected from whichever candidate ultimately wins the election.

You say you want to work with the next president for the betterment of the Muslim community and the country. Does this mean you don’t want to be president? Do you expect to lose?

After the events of Easter Sunday, there has been a negative image of you being portrayed, especially among the Sinhala majority. How do you hope to overcome this?

All these are false allegations that have been levelled against me for political reasons by Rathana Thera and Gnanasara Thera. It is hate speech against me.

These allegations have nothing to with the official investigation being carried out by the relevant authorities.

What would your objectives be if you are elected president?

With all that has happened this year, do you think anyone outside the Muslim community would vote for you?

Are you a serious contender or merely contesting to break the Muslim vote of the United National Front?

No, that is not true. I’m a serious contender. I have no intention of getting anyone else’s votes. I know nothing about breaking the United National Party’s Muslim votes.

I’m seriously contesting. I want to get respect from all communities. I am contesting the election with a manifesto.

Those who agree with my manifesto will vote for me.

From 1988 until last year I have been contesting in Batticaloa, so my vote base is only in that region. I don’t have votes anywhere else, so how can one say that I’m trying to break another’s vote? Those who accept my manifesto will vote for me. So this talk of me trying to break votes is not true. Those are just false allegations levelled against me.

How do you hope to get the support of the Sri Lanka Muslim Congress (SLMC) vote base?

Next candidate should uphold democracy, not take revenge: Kumara Welgama

March 28, 2019 bythemorninglk No Comments
Kumara Welgama asserted that the ideal candidate for the next presidential election in his opinion would be an individual who upheld democracy, shunned revenge, and wore the national dress.

We thought terrorism was over after the war: Lakshman Kiriella

May 3, 2019 bythemorninglk No Comments
These guys have gone to the Middle East and all the photographs are on the internet. Though ISIS was defeated in the Middle East, their hardcore carder survived and now their concentrating on other co