Coral reefs surrounding the sandy shores of the island are now drawing their last breath with 90% of them being completely destroyed.

Marine experts are of the view that Sri Lanka may lose the entirety of their coral reefs within the next 10 years.

“Corals provide a habitat for marine species.They also act as a natural barrier for coastal villages from strong waves and storms,” she told The Sunday Morning.

This tragedy struck Sri Lanka gradually over decades. However, the constant neglect of the topic has led to the near extinction of a vital component of nature.

During the devastating tsunami which hit the sandy shores of Sri Lanka in 2004, the great coral reefs surrounding the island broke off much pressure from the original wave.

“Healthy reefs have rougher surfaces which provide friction – that slows the waves substantially in comparison to smoother, unhealthy ones.”

He stated that coral mining for the lime industry has had a sizable impact on Sri Lanka’s coloured reefs. 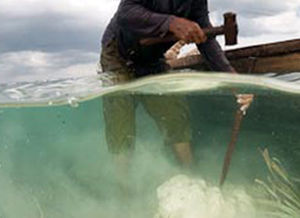 “Coral mining was outlawed in Sri Lanka in 1983. However, illegal mining has seldom been detected along the Hikkaduwa coastal belt,” he said.

According to the National Aquatic Resources Research and Development Agency (NARRA), the process of coral mining has destroyed most of the corals along the south westerncoast. Coral mining is used to produce 92% of the lime produced in Sri Lanka.

A survey conducted by the Coast Conservation Department (CCD) along the south western and southern coastal regions revealed that 18,000 tonnes of coral is supplied to the lime industry annually.


The devastating effects of El Niño

Further elaborating on the matter, Kumara stated that El Niño is a natural phenomenon which occurs every four years. However, with global warming, this phenomenon has been occurring frequently, posing a dangerous situation for corals all over the world.

“El Nino in layman’s terms is when the sea temperature rises due to various factors, affecting global warming. Due to this phenomenon occurring quite frequently, shallow water coral reefs all around the world are threatened with extinction,” he said.

Kumara also stated that 90% of the coral reefs near the coastal line of the city of Colombo and the southern portion of the country have now ceased to exist due to this phenomenon.

According to National Geographic, an El Nino is the “warm phase” of a larger natural phenomenon called the El Niño – Southern Oscillation (ENSO), which impacts the speed and strength of the ocean currents and marine life.

Further elaborating, he suggested banning certain fishing gear such as nets which can trawl the bottom of the ocean, which is known as bottom trawling.

According to an article published by ResearchGate,bottom trawling can be extremely hazardous for corals since they are formed by complex bio habitats which are essential components of the mega benthos of seamounts. These make corals extremely fragile and sensitive,in turn making them receptive to bottom trawling fish nets.

“Practices such as coral trampling which often go undetected also harm the corals due to them being highly sensitive,” he said.

Kumara also mentioned that illegal dynamiting in Ambalangoda, Hikkaduwa, and certain parts of Trincomalee had destroyed most of the island’s coral reef resources.

“We must discourage these activities.We are currently conducting workshops with fishermen to educate them about why dynamiting is harmful for the environment and their livelihood,” he stated.

According to an article published by leisure pro, dynamite fishing is most commonly affiliated with the Southeast AsianCoral Triangle and is most harmful to fragile coral colonies.

The article read: “The blast kills coral tissues, and the surrounding rubble prevents adjacent coral colonies from recovery. If the shallow part of the reef is decimated by repeated blasts, it’s impossible for the reef to recover.”

Given the status of Sri Lanka’s coral reefs, Kumara stated that the corals are now showing signs of bleaching, which is when the corals turn completely white after releasing their main source of sustenance and food source, symbiotic algae. Coral bleaching is an event which makes the corals more susceptible to diseases.

Kumara also voiced steps the MEPA is taking to combat this particular issue. “Firstly, we are currently in the process of introducing strainers to filter the plastic entering the ocean.We have already installed one in Trincomalee,” he said.

Secondly, he asserted that the MEPA is currently promoting environmentally-friendly solutions for household appliances as thoseare one of the main causes for ocean pollution.

As a third method, Kumara affirmed:“We are also in the process of restoration; we have veteran scientists and marine experts tending to the corals and trying to salvage them.This can only be done by individuals who are educated on the subject as it has to be done very cautiously.”

In terms of coral replanting, the Marine expert also articulated that it is impossible to build a new reef. “Replanting does not necessarily mean building a new reef; it means we can increase the coral cover by the transfer of shallow water corals to deep water,” he said.

“If we don’t declare the remaining parts of Sri Lanka’s coral reefs as a ‘coral park’ we face a great risk of losing it. Losing the reefs will threaten the surrounding marine life, posing a threat to the fishing industry and also the tourism industry in Sri Lanka,” he said.

He further stated that the only way to save the reef would be to implement laws and regulations effectively and completely ban the general public from the conserved areas.

Suggesting various ways an individual could follow in order to protect the coral reef, he said that the public should be cautious when utilising plastic, polythene, and chemicals. 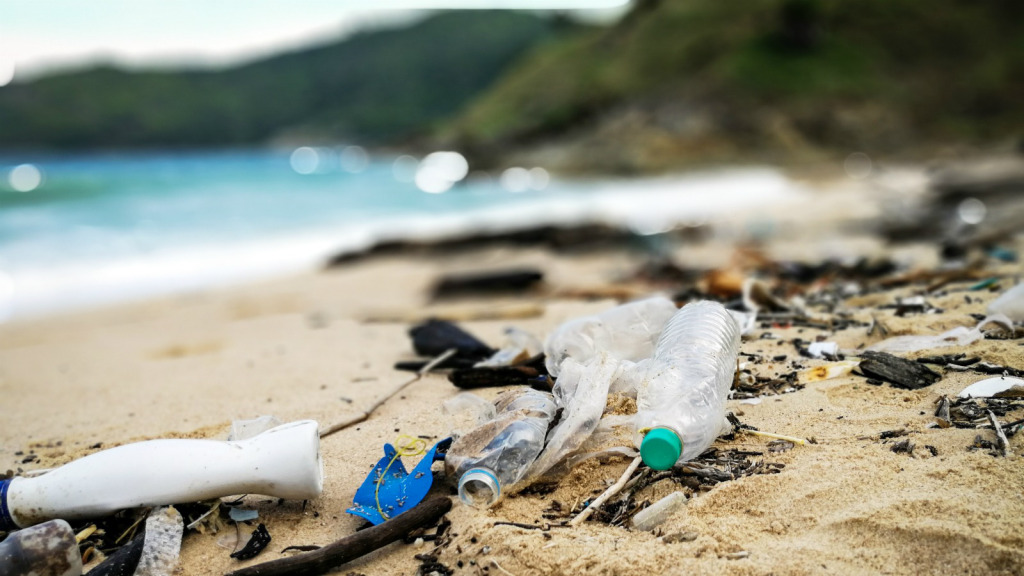 De Vos too suggested the use of reducing the effects of global warming first and foremost: “Coral bleaching happens due to global warming. We must reduce the use of environmental pollutants,” she said.

Not in the name of Allah

May 3, 2019 bythemorninglk No Comments
The deadly Easter Sunday attacks carried out in the name of Islam were condemned not just by leaders of other religions, but by Muslims as well.

June 10, 2019 bythemorninglk No Comments
In the light of the dire need for amendments and reforms to the Constitution as viewed by many, the Sri Lanka Freedom Party (SLFP) recently presented a set of proposals to amend the Constitution and a