Coronavirus: Outbreak at ‘decisive point’ as WHO urges action 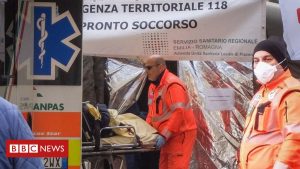 His comments come as countries around the world battle to prevent the virus spreading further.

For a second day, more cases have been reported outside than inside China.

Iran and Italy have become major centres of infection, with people travelling from there spreading the virus further afield.

Globally, more than 80,000 people in nearly 50 countries have been infected. Nearly 2,800 have died, the majority in China’s Hubei province.

Meanwhile stock markets around the world have fallen sharply amid fears that increased travel restrictions will prevent business activity.

What did the WHO say?

Dr Tedros urged governments to act swiftly and aggressively to contain the virus.

“We are actually in a very delicate situation in which the outbreak can go in any direction based on how we handle it,” he said.

“This is not a time for fear. This is a time for taking action to prevent infection and save lives now,” he added.

What measures are countries taking?

July 29, 2019 byRandev No Comments
The US director of national intelligence, Dan Coats, has become the latest high-profile figure to leave the Trump administration.

September 7, 2018 byMalik No Comments
A front-runner in Brazil's presidential election, Jair Bolsonaro, has been stabbed during a campaign rally.