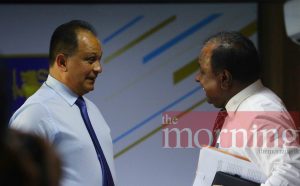 Sri Lanka Cricket (SLC) said on Thursday, 13 September that it has interdicted its finance division head for allegedly trying to deposit its TV rights money in a personal offshore bank-account by communication through bogus e-mails.

“As the investigations are going on, we can’t still name who the culprit is. But we have already suspended work of our finance division head for dealing with our TV rights holder for the forthcoming England tour through invoices sent via bogus e-mails with forged signatures of our officials,” said SLC Chief Executive Officer Ashley De Silva to the media Thursday afternoon at a media conference held at the Singhalese Sports Club media room in Colombo. 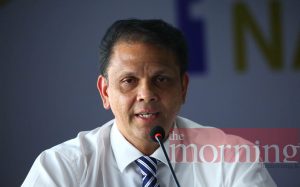 Facing a barrage of questions from the media personnel who hinted, through interrogation, that the foul-play was one that was masterminded by former elected SLC administration under Thilanga Sumathipala, the top-brass SLC officials stopped at naming names and reiterated the investigations are underway on the issue by the Crime Investigation Department’s (CID) cyber crime division.

“We want to protect our good name. By addressing the media, we wanted to give the exact picture of the situation and avoid any false information being spread though various means,” said Pathmasiri who was appointed by Sports Minister Faizer Musthapha to oversee cricket administration last June after a court order halted SLC elections set for 31 May this year. 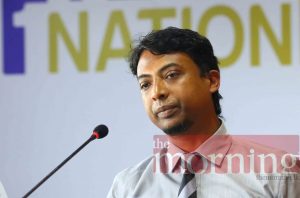 SLC filed a complaint with the Financial Crimes Investigation Division, or FCID, on Monday, 10 September over an alleged attempt made by one of its employees to wrongfully deposit part of the TV rights money, amounting to US$5.5 million or nearly 90 crores in Sri Lankan Rupees, to be paid by Sony TV for the forthcoming England cricket series. On Wednesday, 12 September, the Inspector General of Police Pujith Jayasundara ordered the CID to investigate the SLC allegation on the attempted massive financial fraud.

“It was a big blunder on the part of that official anyway. The TV company would not have deposited such a big amount of money without taking verbal assurance from our officials,” clarified De Silva.

The said SLC financial head has allegedly forged signatures of SLC higher-ups and sent bogus invoices to the TV company wrongfully indicating that those invoices had been copied to SLC officials too, by creating bogus e-mail addresses of those SLC officials. The money, which is only part of the TV deal, was to be deposited in a personal account in a bank based in Hong Kong.

Sony TV holds broadcasting rights for the forthcoming England cricket tour of Sri Lanka comprising five ODIs, one T20 and three Test matches, to be held from 10 October to 27 November 2018.

September 14, 2018 byRevatha No Comments
All eyes are on Malinga. Will he be fully fit, and included in the final XI for Sri Lanka as the Asia Cup 2018 begins in Dubai?