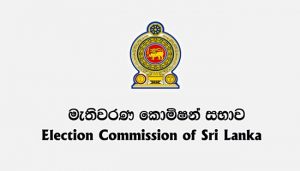 The cost of the presidential election is set to increase further with the Election Commission (EC) considering importing plastic ballot boxes.

The EC is yet to finalise the total expenditure of the upcoming presidential election, Commissioner General of Elections Saman Ratnayake told The Sunday Morning.

As per the initial estimates made by the Commission, the total cost for the election would be around Rs. 4 to 4.5 billion but the EC requested the Treasury to allocate up to Rs. 7 billion for the expenses.

The authorities expect an increase in the cost for the election as a record number of 35 candidates are in the running.

Meanwhile, Chairperson of the Department of Government Printers Gangani Liyanage told The Sunday Morning that the total cost for the ballot paper printing had not yet been calculated and the Department was planning to complete the printing process by 6 November.

The paper cost had increased and the printing time would be increased and, as a result, the cost would also increase, the Chairperson said.