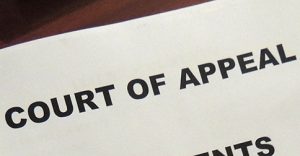 The Court of Appeal, today (15), published the reasons for dismissing the petition filed challenging the citizenship of SLPP presidential candidate Gotabaya Rajapaksa.

Accordingly, the court states that President Mahinda Rajapaksa, as the repository of the Executive power of the people, had the legal authority in terms of the Constitution to sign the ‘Dual Citizenship Certificate’ on 21st November 2005.

The Court is in the view that a newly elected President could have exercised powers conferred on a Minister by any written law until the Cabinet of Ministers was appointed.

The Court’s document is reproduced below:

Business as usual for estate workers

March 30, 2020 byTSM Web Desk No Comments
Estate workers were seen engaging in their daily activities after the government last week gave the nod to work during curfew hours.