The World Health Organisation’s (WHO) top emergency expert said on Monday (30 November) that the world risked future pandemics if it suffered “amnesia” and did not learn from the current coronavirus crisis.

“I have seen the amnesia that seems to descend upon the world after a traumatic event, and that’s understandable,” Mike Ryan told a briefing in Geneva. 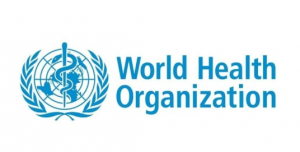 Ryan also took a swipe at developed nations, saying that northern countries had been running healthcare systems “like low-cost airlines” and that the world was paying for that now.

“Well, we’re paying a price for that now, not having that extra-surge capacity built into the system – seeing health as a cost centre in our economy, seeing health as a drain on development, as dragging back the economy, and we need to re-address what that means.”

WHO Director General Tedros Adhanom Ghebreyesus also urged countries not to politicise the hunt for the origins of the new coronavirus, saying that would only create barriers to learning the truth.

Donald Trump’s administration, which has accused China of hiding the extent of the outbreak and the Geneva-based global health body of being too close to Beijing, has criticised the terms of a WHO-led international investigation into the origin of the pandemic.

Chinese state media have said the virus existed abroad before it was discovered in the central Chinese city of Wuhan, citing the presence of coronavirus on imported frozen food packaging and scientific papers saying it had been circulating in Europe last year.

September 23, 2020 bythemorningeditor1 liberty No Comments
The bus priority lane will be restricted to buses and school and office transport vehicles.

June 21, 2019 byRandev No Comments
The Parliament has passed a Bill to repeal the Expropriation Act with a majority vote of 22 with 91 Parliamentarians participating in the vote.