Veteran cricket coach Neil Rajapakse, who is presently the Head Coach of the Nondescripts Cricket Club (NCC) Cricket Academy in Colombo, aired his views on Sri Lanka’s disastrous performance in recent times, which culminated in defeat at the hands of Afghanistan at the ongoing Asia Cup in UAE.

Rajapakse, a well-respected coach with over three decades of experience, was Head Coach of Wesley, St. Sebastian’s and Royal College, and Premier Clubs BRC and Lankans CC before joining the NCC Cricket Academy last March. 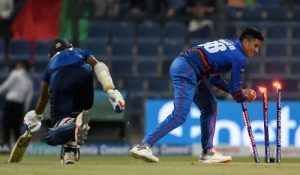 There is some essence in this public accusation. There are many cloudy areas which cannot be there under natural circumstances.

Following are the seven (7) main reasons for Sri Lanka cricket’s downfall according to Rajapakse, as he described to ‘The Sunday Morning’ on Wednesday, 19 September.

Our players seem to be not focused on what they are required to do in the middle. This is one area where our team showed a great slide in recent times.

I know that after our new coach Chandika Hathurusingha came in, he introduced a lot of changes with regard to player discipline, work ethic, their temperament and psychology. But unfortunately they are yet to start progressing.

I remember Dhammika Sudarshana revived Richmond College cricket from a very poor position within a year or so and so did Sampath Perera who once resurrected Trinity College team from a precarious situation. That was in the local schools structure.

We have to see how Hathurusingha is going to do it in near future. So far, there has not been a consistent performance by us, particularly in the shorter formats of the game.

When you have an unstable administration which is always doomed by allegations of corruption and mismanagement, as well as political interference, that indirectly affect the players and their game in the middle.

There was success whenever the vision and operation of the administration and the team go hand in hand. The best example is how we won the World Cup in 1996.

This I say by contrasting the present situation with the time Arjuna Ranatunga led the national team. He was a strong leader and more a father-figure to the players, than being a mere captain.

He nurtured the players on his own by personally supporting them. He had a vision and he guided the whole lot towards that aim.

We’re looking for a solid, permanent combination for many years now. But still that selection consistency is lacking. The World Cup is only months away and we are still not sure about the role of each player.

Kusal Perera was initially a replacement for Sanath Jayasuriya’s opening spot. But now he is batting in the middle-order. Kusal Mendis, instead, came in as an extremely talented upper middle-order batsman. Now he is opening and is not doing well, batting against the new ball.

I think we should introduce a system where players get their salaries deducted if they don’t perform reasonably well. Some other countries are already applying this kind of performance-oriented payment scheme.

I don’t mind if their contract is even Rs.100m, but there should be certain demand for you to maintain a decent average and a strike-rate in a given format; Tests, ODIs and T20Is. Let’s say, if you are a recognised batsman, you need to score a decent knock at least once in every three matches. If not, part of your pay will be deducted.

When you are contracted by the board on a given period, you feel extra comfortable. You know that your money will be coming anyway.

We were the best fielding side in the world when there were no expert fielding coaches. But now with such a big professional support-staff, our fielding looks the worst in the world. How can that happen?

When players earn hefty amounts of money through various means such as endorsements and private cricket leagues, then they would lack in their commitment, naturally. This was not the case those days, especially when we won the 50-over World Cup.

If not handled carefully, the present game’s extreme media attention, regional popularity and the steady income for players in millions of rupees can make you lose focus, lessen your commitment and weaken your performance. That’s why their easy survival has to be challenged.

Nowadays, they look as if they don’t take it as serious national duty. Those days when there was not much money, the players played as if their lives were in danger if they were going to lose. 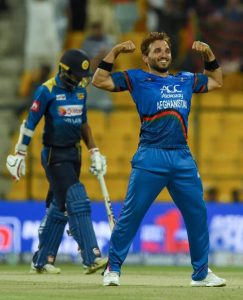 If this is the trend, we can’t leave out the possibility of losing against teams like Hong Kong and Nepal in future.

This is a very sensitive issue where we don’t have clear evidence to prove the point. But see, after the Afghanistan match people say various things. In fact there are cloudy areas in that game.

One was Angelo Mathews’ running between the wickets. His poor running cost us two vital wickets in that match. At that level how can a player do such silly mistakes when running? It is since your school days that you learn how to run judging by the eye-contact of your partner.

There is some essence in this public accusation. There are many cloudy areas which cannot be there under natural circumstances.

Leading national players have told me about instances where the dressing room got to know what’s going to happen in the match before it is even started. It’s like you play for a script.

Leave out India and Pakistan, if teams like Bangladesh, Afghanistan and Hong Kong can bat in the UAE wickets with such ease, why couldn’t we?

They were exceptional players who served the country immensely. Yet we should understand that they came to the fore and emerged great players, and earned global popularity because of our cricket.

Our cricket was brought to this level by generations of people who committed voluntarily, out of passion; not for any pay or popularity.

In such a context, I feel their retirement was mistimed. Their departure suddenly made the team toothless and desperate. The downfall really started after that. We could never recover since then. It is sad that if we could ever recover.

Arjuna said those days that Sri Lanka was going to lose to Bangladesh. It happened. Now we have lost to Afghanistan as well.

If this is the trend, we can’t leave out the possibility of losing against teams like Hong Kong and Nepal in future.

October 26, 2018 byRevatha No Comments
An inquest has opened into the deaths of two rugby players who died while on tour in Sri Lanka.