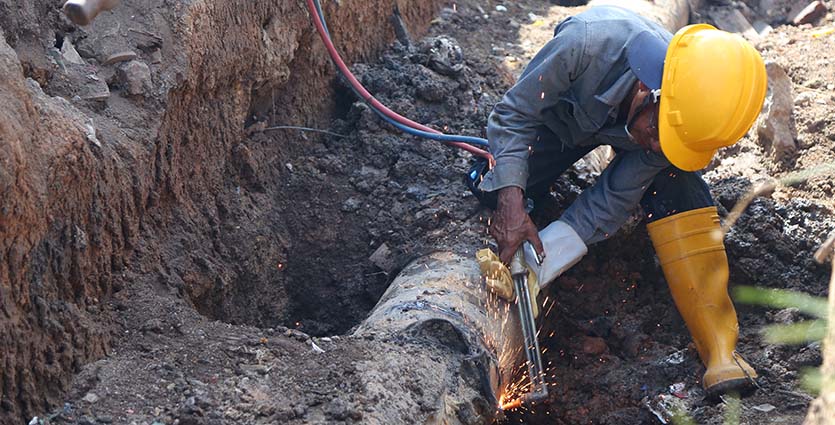 A brewing crisis between the Ceylon Petroleum Corporation (CPC) and Minister of Power, Energy, and Business Development Ravi Karunanayake was averted last week with both sides reaching an agreement.

The Ceylon Petroleum Storage Terminals Ltd. (CPSTL) was given the go-ahead to continue building the new pipeline which is to transfer fuel from vessels at sea to the Kolonnawa oil storage facility.

The issue between the CPC and the Minister arose when the building of the new pipeline was obstructed by area residents who had illegally claimed land in the surrounding area near the Bloemendhal railway line.

“It is a win-win situation for everyone; we are finally getting it done as per the country’s requirement. It worked out for the best as the civilians living here were also not living in a suitable condition, and they are now being relocated,” CPSTL Managing Director Raj Abdeen said. 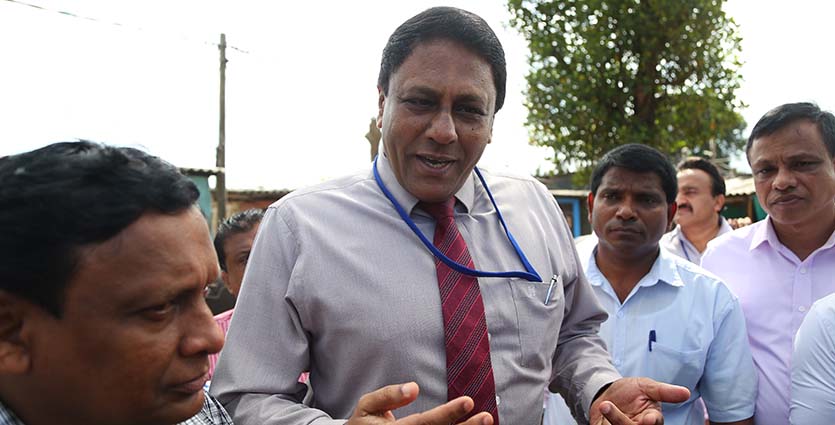 He emphasised the incredible solidarity among the CPSTL officials who were instrumental in reaching this conclusion. “We had a court order which we couldn’t execute and we had the forces helping us with their emergency powers; yet, we could not achieve our goals. And today, we see a clear victory for the CPSTL.”

The final line was drawn by the CPSTL when the squatters did not allow the CPSTL to continue to rebuild the new pipeline, with 160 m left to complete. As a result of this, and with the added pressure of the debt owed to the CPSTL by the CEB, the CPSTL’s operations of providing fuel to the CEB came to a temporary standstill last Sunday (30).

Minister Karunanayake was put in the hot seat as the civilians in his electoral district were about to lose their homes, which they have been occupying for over 20 years due to the construction of the new pipeline.

A mother of four, Pushparani, 53, shared that all of her children studied under lamplight, including her youngest who will be sitting for her Advanced Level examination.

“We currently have no toilets in our houses; we have to use the public restroom and we have to pay Rs. 10 every time we use it. We think it’s quite fair that we are being relocated as we have oil pipelines running beneath our houses, and when it rains and floods, the oil seeps into the water and our houses get half-submerged in oil-infused water,” she said. 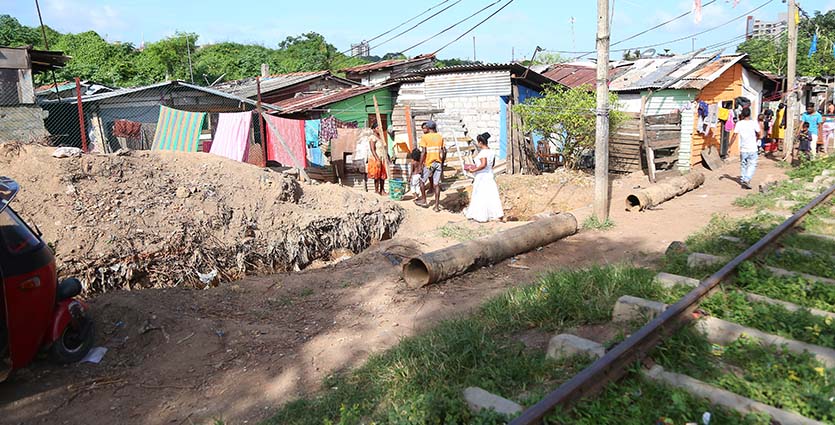 Area residents further stated that the mortgage was still being paid for the houses that they lost due to the construction of the pipeline.

“We have obtained loans for our houses, which we are still paying. They broke down most of the houses along this line and we were not allowed to even use our stoves,” said 61-year-old Udeni who works for the cleaning staff at a popular school in Colombo.

V. Mageshwari, a 51-year-old mother of four, told The Sunday Morning that the area residents did not even have water pipelines supplying water to their homes. “We have to make a 10-minute trek to obtain water,” she said.

Speaking to The Sunday Morning, Diriya Citizens Association of Mahawatta President Asela Fonseka stated that justice had been served and the civilians would no longer oppose the construction of the new pipeline.

“The people who always suffer are innocent civilians; if a pipeline had burst or leaked, there would have been terrible consequences and we would have faced a grave tragedy. With the intervention of Minister Karunanayake and Municipal Council Members Sagara Dissanayake and Norbert Fernando, we were able to avoid this tragedy,” he said.

He further stated that this situation had been ongoing since 2007 when the citizens first raised concerns of pipeline leakages.

Karunanayake stated that they were able to provide a solution for the humanitarian problems endured every day by the civilians living near the area.

“President Maithripala Sirisena, Prime Minister Ranil Wickremesinghe, and Minister of Highways, Road Development, and Petroleum Resource Development Kabir Hashim should thank the Cabinet of Ministers for this. Seeing the quality of life of these innocent people, we asked for relief. If this solution had been given earlier, we would not have faced this problem today,” the Minister said.

The project, which was initiated in 2007, bore an initial cost of Rs. 400 million with CPSTL employees working around the clock to construct the new pipeline; Chief Engineer of the project H.M.U. Bandara stated that the CPSTL had saved millions.

“It will take half the time it normally takes to unload the vessels now, which will reduce the amount we pay as demurrages and we would be able to discharge multiple types of fuel at the same time,” he said.

Whilst it is good that the parties involved have reached an agreement, it should be noted that the debt owed by the CEB to the CPSTL, which currently stands at Rs. 900 billion, has not yet been settled.

June 10, 2019 bythemorninglk No Comments
Uncertainty prevails over what was earlier termed an election year, with only the presidential election seemingly taking place.

May 3, 2019 bythemorninglk No Comments
Churches, mosques, and diplomatic missions in several countries have been placed on alert following the Easter Sunday attacks in Sri Lanka, The Sunday Morning learnt.