The 15th Century saw the rise of many powerful female monarchs in Europe. Around the same time, several revisions were made to the existing rules of chess. The queen (earlier known as the ferzor, the advisor) was given the amalgamated powers of the rook and the bishop. Eventually, its status as the most powerful chess piece was universally established, thanks to colonialism and the emergence of the printing press. Today, the queen is an icon of power on the chessboard.

The power of the queen is related to its mobility. Whenever the board is densely populated, the queen finds it difficult to impose its will. The enemy pieces keep a close eye on it, working collectively to restrict its prospects. Therefore, whenever a queen gets trapped in the opening or in the early middle game, the disaster is usually self-inflicted.

As a game develops, the influence of the queen grows. With the inevitable exchange of pieces, the queen finds more open lines to hurt the opposition. Therefore, such instances where lesser pieces manage to dominate the queen in a late middle game or an endgame are rare in chess. Today, we explore the geometrical delights of a few such elegant compositions.

The Frenchman Henri Rinck (1870-1952), a legend of chess study composition, created the following classic in 1903. 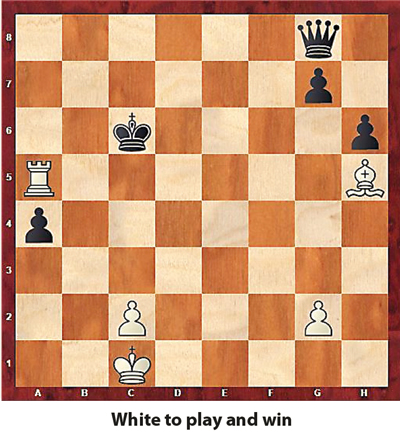 It is not clear how white can co-ordinate his rook and the bishop against the might of the black queen.

1.Ra8!! All of a sudden, a net closes in on the unsuspecting black queen.

Here’s another problem on the same theme with a counterintuitive solution. 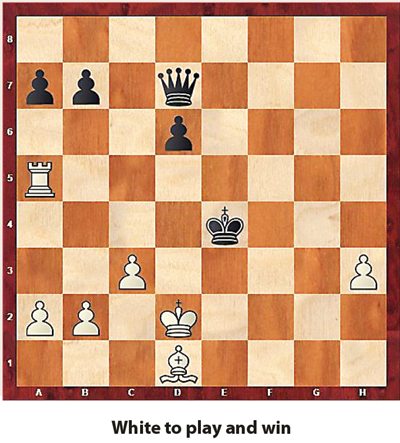 White can threaten an unexpected checkmate with 1.Rf5!! (the threat being 2.Bc2#). Capturing the rook from either the queen or the king would mean a lost ending for black with a bishop skewer coming up (1… Kxf5 2.Bg4+ ; 1… Qxf5 2.Bc2+). The black queen is helpless.

In the following position, two white rooks team up to turn the tables on the opposing queen. Black is threatening Qa1# and Kxf4. 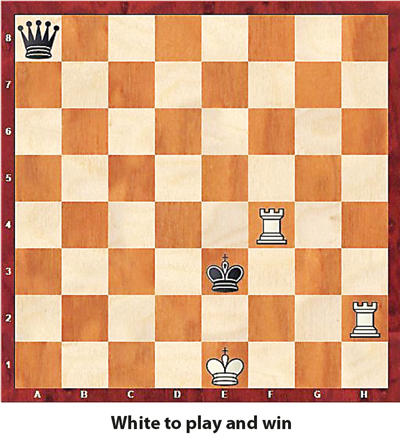 1.Ra4!! with this amazing riposte, white saves the rook, prevents the Qa1 checkmate and threatens a checkmate himself with 2.Rh3# (1… Qxa4 Rh3+ followed by Rh4+ ). Black can try 1…Qc8 to protect the h3 square, but still runs into the white rook tag team doing the business.

The legendary composer Genrikh Kasparyan concluded one of his fantastic creations in the following manner. 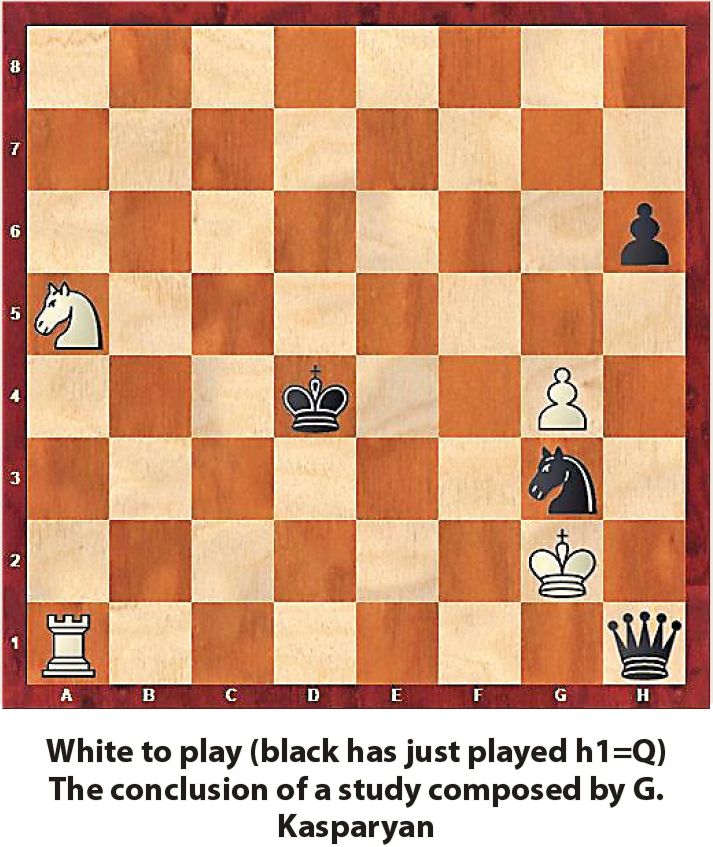 The preceding play of the study was entirely based on manoeuvres designed to stop the black h-pawn from promoting. Eventually, white could do no more. It seems a draw is inevitable with 1.Rxh1 Nxh1 2.Kxh1 Ke5 3.Kg2 Kf4 4.Kh3 Kg5 5.Kg3 h5.

But white can play the amazing 1.Kxg3!! – a true stunner. 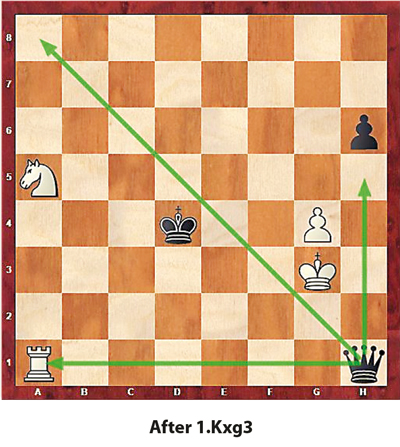 The black queen suddenly has nowhere to go (1… Qxa1 2.Nb3+). Despite having three directions and so many squares it can move to, the unfortunate queen is being dominated by the small white army. The readers are invited to work out all the variations on their own.

Dimuth to return to SL ODI side?