Danushka and Sadeera shine for SL Board President’s XI

Two Sri Lanka Board President’s XI opening batsmen, Danushka Gunathilaka and Sadeera Samarawickrama, scored 98 and 80 runs respectively as their team posted a solid 323 for six when bad light stopped play on day one of their three-day warm-up match match, against touring New Zealand, which began at the FTZ Sports Complex grounds at Katunayake on Thursday, 8 August. 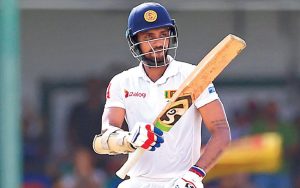 Left-handed opening bat Danushka Gunathilaka made 98 runs in 97 balls before he was caught behind off Ajaz Patel. He shared 154 runs in 27 overs for the first wicket with Sadeera Samarawickrama

Gunathilaka, 28, who earned reputation more as an ODI batsman, played in eight Tests after making his debut in July 2017 in Galle against India, twenty months after he made his ODI debut. He last played Test cricket in late 2018 against the Kiwis when SL toured New Zealand.

The 23-year-old former St. Joseph’s College wicket-keeper batsman Samarawickrama has already played in four Tests and six ODIs, after making his international debut in October 2017 against Pakistan in UAE.

Meanwhile Ajaz Patel, the 30-year-old left-arm leg-spinner with an Indian origin, took five wickets for the tourists for 41 runs in ten overs. He has already played five Test matches for New Zealand. 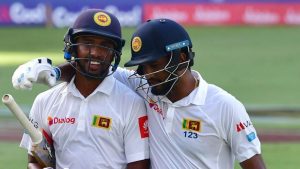 Sadeera Samarawickrama, on left, made 80 runs in 90 balls with 13 fours

Openers Trent Boult and Tim Southee bowled nine overs each, yet without a wicket, on Thursday.

The first match of the two-Test series between Sri Lanka and New Zealand will begin on Wednesday, 14 August in Galle. This is the only warm-up game for the Ken Williamson-led Black Caps before the Test series. 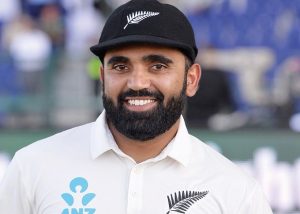 September 17, 2018 byRevatha No Comments
Match fixers are everywhere. This time in an ODi match between Sri Lanka and India women at Katunayake.

January 27, 2020 byRevatha No Comments
Continuous poor form may lose him his position in SL's T20 side