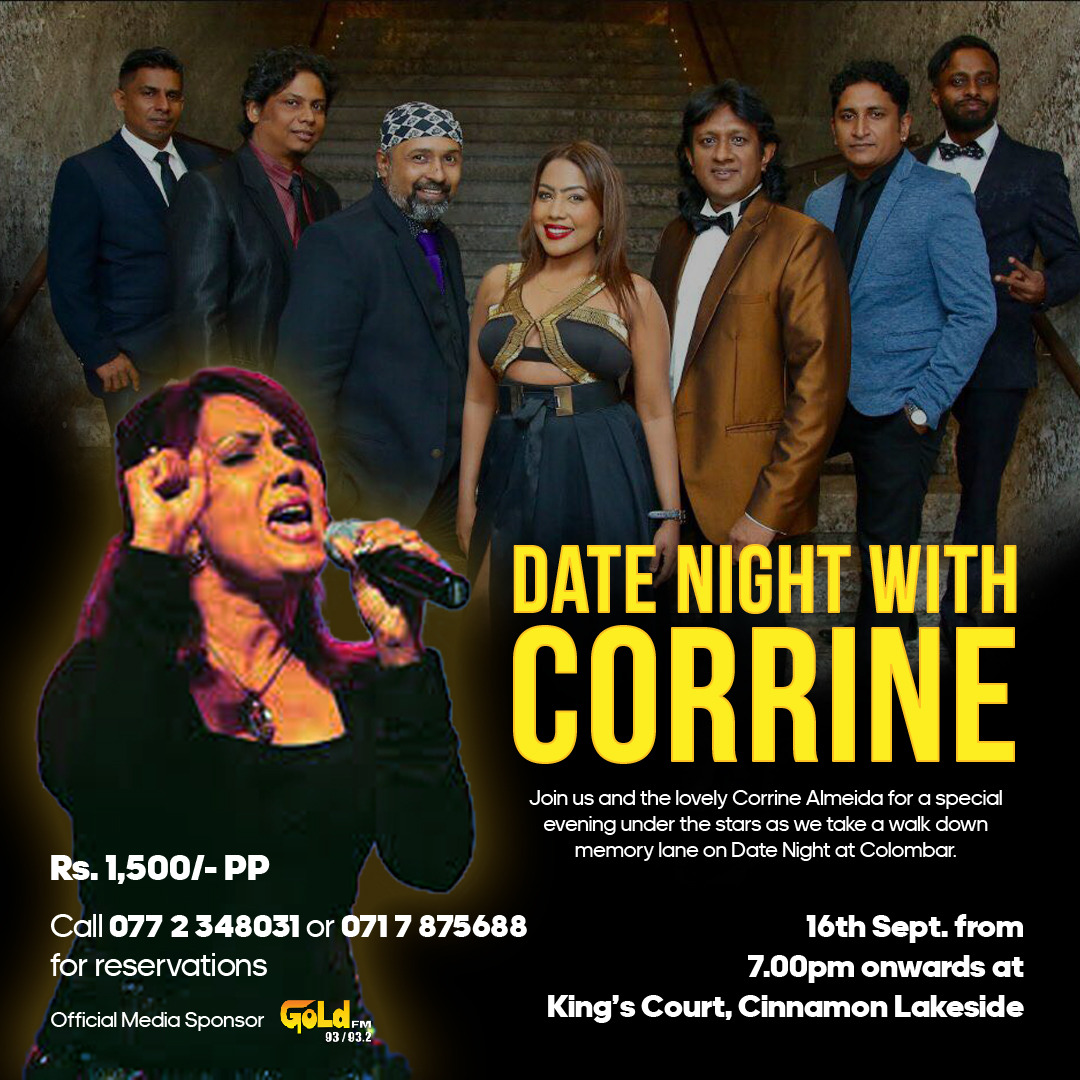 September 16, 2020 by Dimithri Wijesinghe No Comments 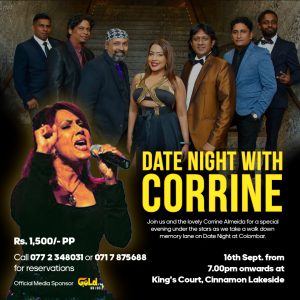 Date Night with Corrine Almeida is to be hosted by Black at the Kings Court, Cinnamon Lakeside, Colombo tonight at 7 p.m.

The event is part of a series launched by Black to get back into the swing of performing after the pandemic resulted in musicians losing out on work for a detrimental amount of time. Speaking to Black Founder and Leader Ranil Amirthiah, he shared that after Covid-19 there was, understandably, a scarcity of gigs to play at and they decided to do something about it themselves.

He said that they have been a band that has built up a brand over the past decade and that they did not wish to wait on government entities to take care of them, thereby opting to create opportunities for themselves by putting together this event.

Amirthiah also shared that having built up a profile for a considerable time span, they chose to face the losses encountered due to the pandemic head-on and trust in their abilities, and in organising these events, they chose to go at in the most conscientious way possible, because when it comes to recovering, everyone was effected – from the artists, venues, and servers to the sound engineers and more; basically everyone.

In an effort to remain beneficial for all parties involved, he said that they did not take a retainer form the hotel; they chose to forego any fees in terms of the venue and decided to carry out a ticketed event, which then resulted in the venue having their F&B charges.

The events, which are hosted every last Wednesday of the month at Cinnamon Lakeside, have been received extremely well with an impressive attendance since its initiation, and they even held a special event in Kandy at The Grand Kandyan Hotel, which was sold out. 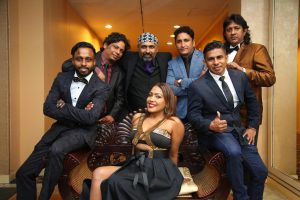 Speaking about Date night with Corrine Almeida, Amirthiah shared that senior artistes like Almeida often tend to play corporate events and special events, and even still, they do not tend to perform full sets. In contrast, they’ve created an opportunity where she will perform the entire night, taking her time to interact with the audience. He said that the event promises an intimate experience where both artiste and audience can truly enjoy one another’s company.

The event, which was originally intended to be by the poolside, has since been moved to Lakeside’s ballroom – Kings Court – due to weather concerns. However, Amirthiah shared that this may be a blessing in disguise considering how they can now accommodate more people and considering the indoor comfort of the luxurious event space as well.

Despite the venue, the event is set to be a somewhat casual affair, where guests can let their hair down and really enjoy themselves with some really good music. Amirthiah shared that the event could be a great draw for Black fans and also for Corrine Almedia’s fans, who really have not had the opportunity to truly experience a performance of this calibre. She will have the opportunity to mingle and take requests and have a truly rewarding experience.

August 9, 2018 byJennifer Anandanayagam No Comments
#EatDrinkHilton is all about fresh produce, seasonal offerings and local tastes. This month the focus is chocolate.  Not only will you find this in the special dishes at the dining outlets, you will..