Despite disease threat, Govt. to import another 15,000 cows 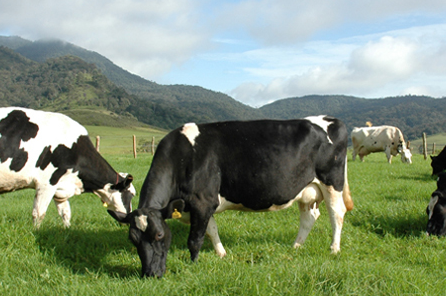 Despite the controversial medical report issued by the World Organisation for Animal Health (OIE) on imported heifers, farmers allege that the government had already paid a controversial Australian livestock exporter a sum of $11.3 million as an advance payment to bring down 15,000 heifers.

The All Island Farmers Federation (AIFF) alleges that the Government had decided to go ahead with the Wellard Rural Exports (Pty) Ltd. of Australia which had exported heifers that had been infected with Bovine Viral Disease (BVD).

AIFF National Organiser Namal Karunaratne told The Sunday Morning that during a recent meeting held between the farmers and Fisheries and Aquatic Resources Development and Rural Economic Affairs Minister Vijith Vijayamuni Zoysa defended the Australian company and instructed the farmers not to talk negatively about Wellard Rural Exports (Pty) Ltd.

Karunaratne alleged that a top official received bribes from the Australian company and he further added that BVD was nonexistent in the country until the calves were imported from Australia. Highlighting that the disease was not even mentioned in the Animal Disease Act, Karunaratne stressed that the BVD couldn’t only infect calves and bypass their mothers.

“This is a total mess and what the government should do is stop bringing down more heifers. This is an absolute waste of money,” he said adding that the project cost about $73 million.

Five thousand heifers had already been brought down by the Government and the AIFF alleged that out of those 5000, over 200 heifers had died.

“If they really want to import cows they could bring them down from India or Pakistan,” he added. Karunaratne stressed that the heifers from Australia were anyway not suited for the hot climate of Sri Lanka.

However when The Sunday Morning contacted Minister Zoysa, he said it was the Central Bank and the Finance Ministry that should be questioned about the importing of heifers and that he had nothing to do with the project.

The venture was initiated by the then-Economic Development Minister Basil Rajapaksa in 2014. Its aim was to achieve self-sufficiency in milk production by 2020. The agreement for a $ 73 million was signed to import 20,000 heifers from Australia under the previous government in 2014 with Wellard Rural Exports (Pty) Ltd. of Australia. The project was then revived by Minister P. Harrison and continued by Minister Zoysa.

April 17, 2020 byTSM Web Desk No Comments
While commending the Government’s decision to use the railways to transport vegetables, the farmers’ unions are calling on authorities to co-ordinate the farming industry for a better and more efficie

Angelo Mathews has expressed strong resentment at being made a “scapegoat for the dismal performances … at the Asia Cup”, after he was sacked as captain on Sunday. In a letter to SLC, he has even floated the idea of retiring from ODI and T20 cricket. On Friday, Mathews had met with Sri[…]