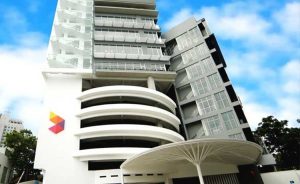 Market sources told us that this agreement was signed on Friday (14). The cash infusion is to be made in phases by Axiata over a 3-year period for Dialog’s network expansion and new product development.

This is the largest investment in Dialog by its parent since US$ 175 million (LKR 24.6 Billion) was invested in 2015 through the Board of Investment (BOI).

Dialog Group announced its consolidated financial results for the year ended 31st December 2019 on Thursday (13), continuing its growth momentum across all business segments including Mobile, Fixed Line, Digital Pay Television and International and Tele-infrastructure businesses to record a consolidated revenue of Rs. 116.8 billion, a growth of 7% Year-to-Date.

January 24, 2019 byRandev No Comments
The BOI’s Horana Export Processing Zone's enterprise have significant impact on the local economy and has contributed US$ 31.8 Mn (Rs.5, 796.7 Mn) in export revenue as at end of 2018.

Greece emerges from biggest bailout of all time