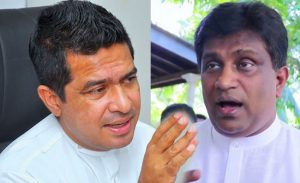 The United National Party (UNP) has decided to launch disciplinary inquiries against ministers Ajith P. Perera and Sujeewa Senasinghe for criticizing the party’s leadership and its decisions.

The General Secretary of the UNP, Minister Akila Viraj Kariyawasam informed the two MPs today in writing that the party’s disciplinary committee had decided to call for explanations with regard to their actions before September 09, 2019

July 15, 2020 byMalik No Comments
The Task Force on Covid-19 met yesterday (14) to assess the ongoing situation, The Morning learnt.

Postal packs with illegible addresses: Thousands yet to be delivered

July 7, 2020 byTSM Web Desk No Comments
The Department of Posts has been able to identify the recipients of 20,000-odd parcels of which the addresses had been erased and would be forwarding them to the rightful owners while there are still