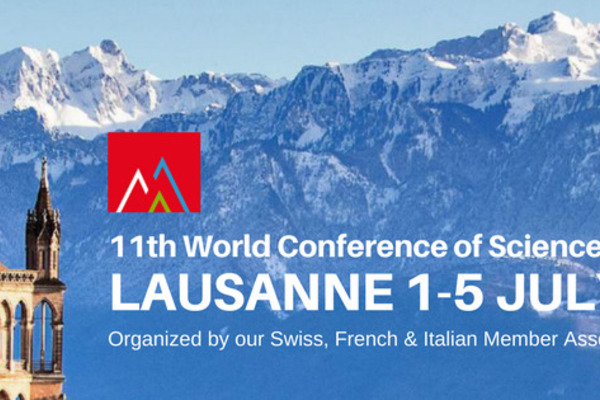 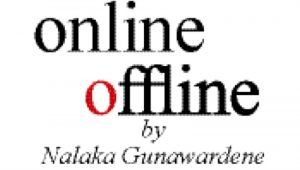 For the past three years, she has been caught in the intense debate between vaccine promoters (which includes most public health professionals) and a small but vocal group of vaccine opponents.

In a June 2016 magazine article, she questioned Japanese neurologist Shuichi Ikeda’s widely publicised claim that the vaccine against the human papillomavirus (HPV) could cause chronic pain and movement disorders in humans.

Dr. Muranaka revealed that Ikeda had not performed the experiments himself; only a single mouse had been given the vaccine, and that a slide purportedly showing “brain damage” had actually not come from that mouse.

In short, the journalist claimed that Ikeda had just made up the data. Much controversy followed, and in August 2016, Ikeda filed a libel case against Dr. Muranaka.

In November that year, Ikeda’s university conducted an investigation that cleared him of forging research results – but criticised him for releasing early data from a single mouse as conclusive medical evidence.

Shortly afterwards, the Japanese Ministry of Health, Labour, and Welfare said in a statement that Ikeda’s claims were “very regrettable” and faulted him for spreading “misunderstanding” among citizens.

Japan has seen a rise in anti-vaccine sentiments even before this 2016 controversy. For some years, Japanese TV stations and other media had been carrying reports of recently immunised children experiencing pain, walking problems, seizures, and other neurological issues. Some parents posted videos of their children on social media, blaming the HPV vaccine for these symptoms.

In 2013, the Japanese Government stopped making proactive recommendations for the HPV vaccine (having introduced it only in 2009). Sensational media coverage and the Government’s hesitation fuelled further public worries about the vaccine’s safety. The result – Japan’s HPV vaccination coverage rates went down from more than 70% to less than 1% within a few years.

This has far-reaching consequences. HPV is the most common viral infection of the reproductive tract. Most sexually active women and men will be infected at some point in their lives. Of more than 100 types of HPV, at least 14 can cause cervical cancer.

According to the World Health Organisation (WHO), cervical cancer is the second most common cancer in women living in less developed regions of the world, with an estimated 570,000 new cases in 2018. WHO recommends giving the HPV vaccine to all girls aged between nine and 14 years, before they become sexually active.

As a medical professional, Dr. Muranaka was deeply concerned by the Japanese public’s pushback against this vaccine. “I was really surprised that people believed it so easily. With screening and this vaccine, we could prevent many deaths from cervical cancer in Japan – but we are not taking the opportunity,” she said.

For speaking out on behalf of vaccines and public health benefits, she was accused of being in the pay of vaccine producing companies, and for “promoting promiscuity among young women”.

Dr. Muranaka shared her experiences at the 11th World Conference of Science Journalists (WCSJ 2019) held in Lausanne, Switzerland from 1 to 5 July 2019. I attended this event along with nearly a thousand other participants from around the world.

She spoke during a session on “Fake news in science: How to recognise and fight it”. It recognised that disinformation is a centuries-old game, but manipulating public opinion has become easier with the web and social media. While most disinformation is originated for political reasons, there are other agendas too – such as misleading people on key environment and health issues.

Besides anti-vaccine claims, the session also discussed climate change denialism and the growing cottage industry of manufacturing disinformation on a range of political, social, and even historical matters.

Speakers across the conference mentioned the increasingly sophisticated campaigns aimed at sowing doubt among the public on key issues and debates.

Once doubt settles, it is hard to dislodge with facts or reasoning, which is why some researchers have started calling the current disinformation crisis a culture war.

Seeding doubt is just one strategy in the toolkit of “the practitioners of disinformation”. Joe Lynam, who until recently was a BBC journalist and is now a “disinformation specialist” at the European Commission (EC), includes doubt in the dubious 5Ds of disinformation – along with dismiss, distort, distract, and dismay.

Fake news peddlers cast doubts on everything – on the mainstream media, governments, institutions, the European Union (EU), as well as in science, he said. Conspiracy theories are very much part of their trade.

For 40 years, the EC did not respond to disinformation, and then Brexit happened – partly due to British voters being misled by carefully orchestrated disinformation campaigns spread via social media.

“This is why we need to fight disinformation. Because we value the most important thing in democracy – truth. We need to tell the truth, and we need to make sure that other people hear it so they can make informed decisions,” said Lynam.

His new unit was set up to monitor false narratives about the EU and respond quickly. The very future of the EU and indeed liberal democracy may well depend on this fight, he argued. Citing NATO, he said 80% of all disinformation in Europe comes from Russian sources.

At the same time, the EC has no intention of setting up a “Ministry of Truth” to arbiter on what is right or wrong. “We will happily pass that responsibility to others – and that starts with journalists and fact-checkers,” he said.

Global social media platforms have to play a big role too. In October 2018, the EC brought together tech companies, advertisers, and the advertising industry to agree on a self-regulatory Code of Practice to tackle the spread of online disinformation. It was initially signed by Facebook, Google, Twitter, and Mozilla; Microsoft joined in May 2019. (Details at: http://bit.ly/EUDisinfo)

Since then, tens of millions of fake social media accounts have been removed and the visibility of websites that promote disinformation has been reduced, according to the first monitoring reports of this effort.

Lynam said this system’s effects could already be seen in the election to the European Parliament held between 23 and 26 May 2019.

While a large body like the EC has the clout to fight disinformation, it is a long and lone struggle for journalists like Dr. Muranaka.

In March 2019, a Japanese court ruled that she had defamed Shuichi Ikeda in her 2016 article. While the libel case was being heard for three years, she found few editors willing to publish her work. (She is currently appealing the libel ruling, and with the help of a non-profit, has launched a libel appeal fund: www.mamoreruinochi.com/for-dr-muranaka)

She continues to speak out in support of the HPV vaccine and has won international recognition. In 2017, she was awarded the John Maddox Prize, presented annually by the British charity Sense About Science and the prestigious journal Nature, for “standing up for science”.

But the vaccine battle is far from resolved in Japan. Some citizens who received the HPV vaccine have filed class action lawsuits against two vaccine producers and the Health Ministry of Japan, seeking damages for alleged after-effects. Those cases can drag on for years, leaving vaccine promotion in limbo during that time.

And in the US, the anti-vaccine movement has assumed strong political and ideological undertones, creating a public health hazard. This year, measles cases in the US have reached the highest number since the disease was declared eliminated nationwide in 2000. Most at risk are people in unvaccinated communities.

A recent study from David Broniatowski, a professor at George Washington University, found that thousands of Russian social media accounts have been used to spread disinformation against vaccination in the US. They had turned to vaccines as a wedge issue in an effort to ramp up social discord, erode trust in public health institutions, and exacerbate fear and division in the US.

The vaccine debate is multifaceted, yet the role of determined foreigners messing with the American public mind is not to be underrated. Just imagine if there was social media during the Cold War!

Shani, Nishantha issue to be noted in Geneva

February 9, 2020 bythemorninglk No Comments
The alleged intimidation, overseas travel ban on ex-CID Director Shani Abeysekara and alleged threat to the life of former CID Inspector Nishantha Silva will be noted in Geneva when the UNHRC meets.