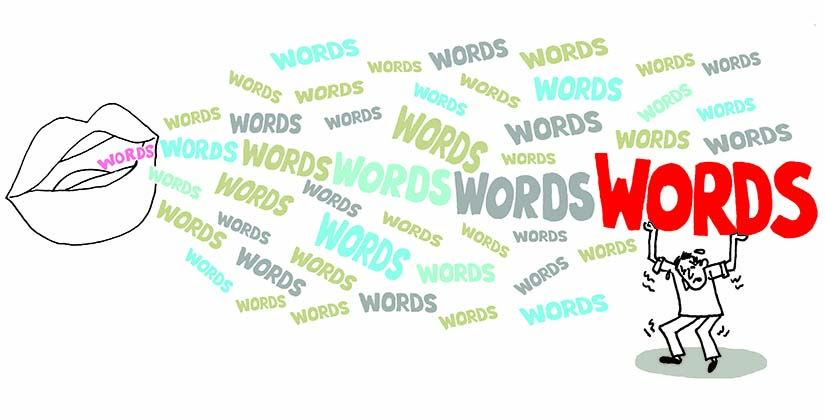 When the Universal Declaration of Human Rights was being drafted, libertarian democratic countries like Britain and America were not in favour of bringing forth provisions that opposed hate speech. There were potential implications on free speech and many harboured concern with regards to what will transpire, believing that limiting free speech should only be allowed in order to put a stop to the incitement of violence. Even to this day, hate speech vs. free speech is a prevalent topic of discussion.

Regardless, this attitude was beginning to change around the 1960s, after varying instances of anti-Semitic violence and a desire to fight apartheid took precedence, conventions against hate and discrimination were introduced, resulting in the International Covenant on the Elimination of All Forms of Racial Discrimination (ICERD) and the International Covenant on Civil and Political Rights (ICCPR).

In Sri Lanka, as per the Constitution, you are legally allowed to say or think anything without restraint or censorship, however, where language or ideas become cynical, hurtful to others, or threatening, free speech turns into “hate speech”. It then breaks down a society rather than help it grow and evolve.

Ana Milena Ribero, an American professor at Oregon State University, stated: “For a community to work, there needs to be an agreed upon code – written or not – about how community members should engage each other. Hate speech breaks most reasonable codes of community engagement and, therefore, provides no value to the community. It hurts people who are often already marginalised from the community. It protects people who want to damage the community.”

The idea of “freedom of speech” is based on the fact that speech isn’t an action.

Society tends to function on the lines of proverbs such as “don’t just talk the talk, you’ve to walk the walk” and “sticks and stones will break my bones”.

As such, considering that the proverb “my right to swing my walking stick ends at the other person’s nose” applies to speech as well, it can be said that it can be compared to an action – definitely not an impactless gesture floating meaninglessly in people’s minds – that is capable of inciting hate and violence.

UNESCO has introduced five ways to counter hate speech in the media through ethics and self-regulation. 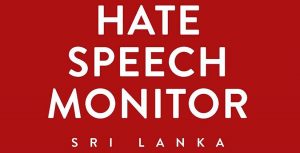 Following the terror attacks, in order to address the barrage of hate speech, misinformation, and alarm that was escalating an already tense situation in Sri Lanka, the Hate Speech Monitor was initiated, with the support of Prof. Rohan Gunaratne, the former Head of the International Centre for Political Violence and Terrorism Research (ICPVTR) at Nanyang Technological University in Singapore.

The team that monitors hate speech consists of members of different communities with the aim of keeping their fellow citizens free from harm and preventing riots. “We address hate irrespective of which community is propagating it,” said the group when contacted by The Sunday Morning Brunch.

The group, preferring to keep the faces behind it away from the media, spoke to us about the way the collective operates and how they hope to tackle hate speech in the island.

“The way that we primarily tackle the matter is by way of monitoring. Particularly when it comes to social media – the links and content that contain hate speech material are crowdsourced by concerned citizens sharing these directly on our Facebook page and via email.

Facebook and Google are assisting us in taking these posts/pages down. As initially Facebook had a three-day suspension policy which was highly ineffective, we’ve requested and have now been granted the ability for indefinite suspension for the moment.

We share posts to encourage citizens to use social media responsibly, verify news, and also share positive content. Here, messaging is important and we’ve worked with prominent media companies, who have assisted us in best countering hateful posts that are gaining lots of traction, to always take a logical approach as opposed to feeding into where such hate comes from – a place of fear and anger.
We keep in mind that those who lost their lives on 21/4 were victims of hate. We only want to inspire more good and less hate in everyone around us and keep the citizens of Sri Lanka safe. 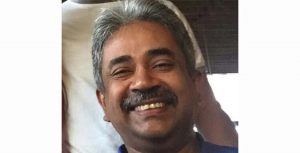 Hate is not a new phenomenon. It’s being discussed now, however, because we see evidence where it has directly led to violence.

Some could say these are the result of social media and even mainstream media reporting without media ethics.

What we, as an organisation, are trying to do is encourage the values of pleasant interactions – “Samma Vaacha” in Buddhism. We’ve also advocated for legislation, and a bill was even proposed during the time of the previous Government for the monitoring of hate speech, providing that it must be criminalised in order to hold people accountable.

There are many types of hate speech. There are those born of ignorance – for example, “there is a risk of the current majority becoming the minority because they are limiting themselves to only one or two children per family”. Statements like this are often made and believed by people who are ignorant because they don’t know any better, and you can be certain that no one who shares this type of information will look into the real statistics.

Then there are the words spoken by those truly looking to incite violence; these are often driven by political agendas and are of malicious intent.

There are many ways to combat hate speech and it need not always be countered head on. However, recently we came across a message being spread asking everyone in the country to refrain from purchasing anything from businesses owned by persons of Islamic faith. In this particular instance, we chose to counter it directly, and the way in which we addressed it is important, as we chose not to take an emotional route as the hate was coming from an emotional place. As such, we took an economic angle, and chose to spread a message encouraging people to deliberately make purchases from small business owners because they are the ones most affected by these attacks.

We must note that there is genuine worry over the shaping of the minds of our future generations. Recently, there were reports that teachers who came to school wearing the burka or hijab were being harassed to the point where the education director was forced to transfer them. When children witness such incidents, their young minds are affected and their belief systems become warped. We must take active measures to prevent such a calamity.

However on a positive note, we must mention the spontaneous positive responses we see on a vast scale online. For every hateful word, there are hundred ridiculing it, making memes that belittle the hate. And these responses are not organised, they are by individuals and it is truly heart-warming. 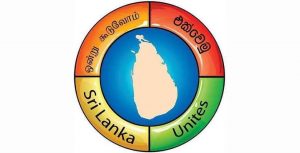 Shanuki de Alwis of Sri Lanka Unites (SLU) – Youth Movement for Hope and Reconciliation took to Facebook to address the rampantly prevalent hate speech that was gradually getting to a crescendo on social media. She spoke of best online practices and how best to counter hate speech as an individual.

She said: “We’re a little irresponsible in the way we use social media privileges in Sri Lanka and the language we use to hurl attacks at each other and abuse each other. So here are a few tips on how to combat hate speech as individuals in Sri Lanka.

“There are some persons who wish to create paranoia and gear knowing they will instigate chaos, do not assist this agenda by spreading fake news.

“If you’ve been subjected to hate speech via the use of blatant, filthy, dirty abusive language by those unable to package a discussion without insults, know that it is their choice to do that, it is not a reflection of who you are as a person and it actually represents who they are.

“If they are undignified and uncultured enough not to know how to make an argument and discuss differences without hurling abuse and explicates and insulting who you are and your background, you don’t need to engage them or allow them to hurt you because they are either looking to incite an emotional reaction so you start a fight and they can point fingers, or they are frustrated and possibly very scared people suffering some form of inferiority, feeling the need to vent by belittling others. This is really their problem and not yours; you can simply smile to yourself knowing you are a bigger and better person than they are.

“If the hate speech is on your social media page, then you have every right to set the rules and set the boundaries. What kind of tonality you allow on your page is up to you. If they don’t respect that then inform them or simply report it. There are many online platforms that take action once it’s been brought to their attention, like Sarvodaya Fusion and hatespeech.lk.

“Maintain your dignity at all times. Be factually responsible and respectful even if they are not and say what you have to say, or you also have the option to agree to disagree; say thank you for your point of view I don’t share it, good day to you, neither yours nor their world ends because of it.”

April 7, 2019 bythemorninglk No Comments
With movements like MeToo, Time’s Up, and The Vagina Monologues, women have taken the platform, hoping their words will be heard in putting an end to abuse and harassment of all types, we have V-day.