‘Do they know it’s Christmas time at all?’ by The Rugrats coming soon!

November 25, 2020 by Dimithri Wijesinghe No Comments

The Rugrats, a brand new Lankan act formed at the beginning of 2020, is a passion project borne of a number of established artists in the Island; Ashan Hettiarachchi – keys, Nathan Eardly – vocals/guitar, Sandun Dharmawansha – saxophone, Denver Barnes – bass, and Shane John – drums, which are names you’ve no doubt heard one too many times when talking about the local music scene. 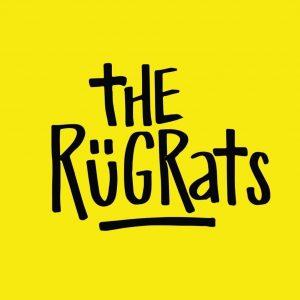 Out of curiosity, before we discussed anything, we had to ask them about their interesting band name, and as some of you may have expected, turns out, it is a reference to the Nickelodeon classic cartoon that was a staple in many of our childhoods growing up; “Rugrats”. Band member Nathan Eardly said that when they were brainstorming names, this was what stood out to them and funnily enough, the members could relate themselves to each character on the show.

Speaking to Nathan, he shared that their main motive in creating this band was to put on concerts and create original music. Their very first project – their own rendition of Ranidu Lankage’s “Hinahenne Mung” – proved to be a success, and he shared that they wish to be known for this kind of work.
Nathan shared that all the members of the band had previously known each other despite having commitments in different groups, and even when they formed the group, he added that there was a sense of uncertainty, especially considering their various commitments. However, he said that those worries melted away as they did particularly well from the inception all the way up until March, when the world shut down.

The act defines themselves as a funk soul and RnB act, and if you give their first project a listen, you’ll soon realise these influences in their arrangements. With a groovy sound that is extremely fresh, Nathan attributed a lot of their sound to their drummer and household name Shane John, of Voice Print, who was also responsible for the music direction and the arrangement.
Not only was Shane responsible for this previous project but he will also be taking the helm in their most recent and upcoming project for Christmas; a cover of “Do they know it’s Christmas time at all?”, representative of their own unique blend of sounds. Nathan shared that the project will undoubtedly be “big”, especially considering the number of collaborators who have come on board.
The male singers lending their voice include Minesh Dissanayake, Ryan De Mel, Shaun Perera, and Nathan Eardly, while the female singers include Amarsha Tissera, Mayora Andriyanna, Naomi Wijemanne, and Romaine Willis. 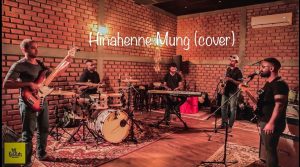 Nathan said that the song will be musically and vocally massive; it will be a cover song done differently to any other existing versions you may have heard, with its two most notable covers being by Band Aid in 1984 and more recently in 2014 by some of the biggest British and Irish pop acts at the time.
For audiences around the island, this will no doubt be an exciting new project to look forward to as there’s really been no noise this year about what we will do for Christmas, understandably so. However, there is a bit of a silver lining if you look into music where The Rugrats are concerned.
Nathan also shared that they have two other projects lined up, one being a medley and the other being another cover. He also added that they hope to release some original music as well in the upcoming year and you can expect a very busy schedule for The Rugrats come 2021.
It is never too late to start celebrating Christmas; we think that late November is high time, and so The Rugrats are really setting things up, and this new release is expected to take a lot of people by surprise.

This year has been less than kind to many of us, particularly independent artistes, those who perform live and depend on social gatherings to stay afloat, and it is encouraging to see artistry live and prosper in the hands of those who care deeply.

October 28, 2018 bythemorninglk No Comments
‘Thurstanite Brass 2018’ was held at the BMICH main hall on the 20 October. ‘Thurstanite’ is one of the biggest band shows among Colombo schools and has been in operation for over 20 years.