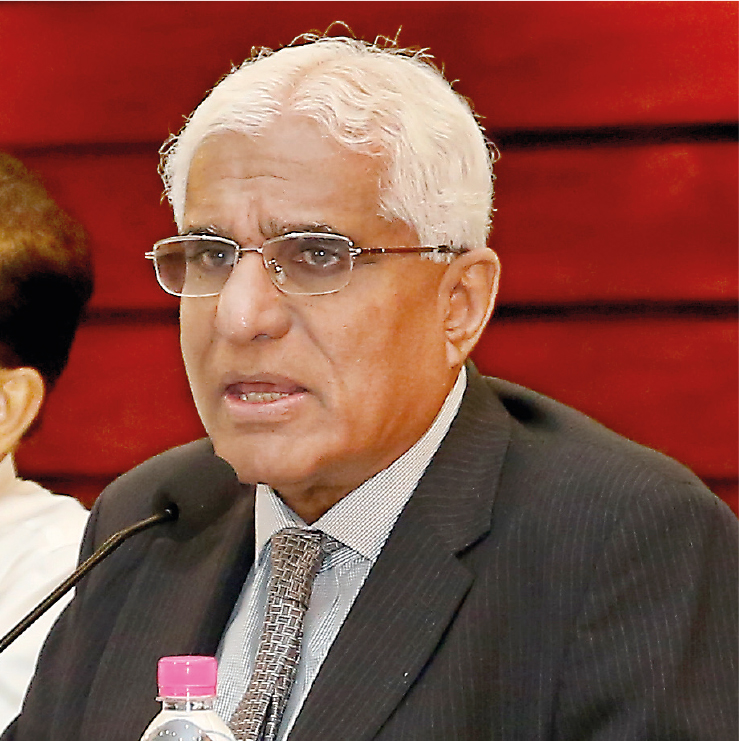 The Central Bank of Sri Lanka (CBSL) asked banks and non-banking financial institutions to lower their lending rates further to stimulate economic revival efforts, or risk being subjected to caps on lending rates.

Addressing the fifth monetary policy review of the CBSL, Governor Dr. Indrajith Coomaraswamy noted that the impact of its earlier monetary policy relaxation is not being fully reflected in the market lending rates.

He noted that if financial institutions fail to bring down the rates within specified timelines, the CBSL will, reluctantly, impose appropriate caps on market lending rates. Accordingly, the deadlines for rate reductions will be announced shortly in consultation with relevant stakeholders.

“Any kind of lending rate caps are distortional. It is not something I want to do. But if one fails to abide, we have decided to take action. The Monetary Board is determined to make sure that it happens”

The Governor added that the Monetary Board of CBSL will not defend any particular rates, but if there are disorderly adjustments which are not aligned with the underlying fundamentals of the CBSL, they will be regulated.

The Governor pointed out the existing deposit cap and emphasised the importance of having a lending cap.

“With the deposit cap, the existing stock of deposits is now being repressed at a lower level. Even with all that, this transmission has to take place. Even with our existing problems, we have to somehow address this. We have to impose lending caps.”

Speaking further, Dr. Coomaraswamy added that the results of this policy rate reduction will possibly be reflected in the economy, as the CBSL has to address the structural issues.

The reduction was mainly done to increase private sector credit growth. The year-on-year growth of credit disbursed to the private sector by licensed commercial banks grew slower than last year during the first seven months of 2019.

Therefore, the increase in private sector credit remained far below the levels observed in the corresponding period of 2018.

Due to the relatively slower growth rate of private sector credit, broad money growth levels during the year were far below those of the previous year.

The secondary reasons for the second policy rate reduction in 2019 were the global monetary policy stance, inflation targets, and the sharp decline in short-term interest rates, according to CBSL Governor Dr. Coomaraswamy.

The slowdown in global economic activity has prompted many economies to relax their monetary policies to support the economic growth of their respective countries, especially in the context of muted inflation and inflation outlook.

“Another factor arguing in favour of the monetary policy has been inflation. Inflation expectations are well anchored and the outlook is that we will probably have inflation closer to the lower bound of the 4-6% target going forward,” the Governor said.

Further, the recent uptick in treasury yields is also part of the reason for the policy rate reduction.

“The average call money rate and other rates have come down significantly from the beginning of the year and even more since the end of April. But in the last couple of weeks, we saw a small uptick in treasury ratio yields,” the Governor added.

CBSL Senior Deputy Governor Dr. P. Nandalal Weerasinghe added that the CBSL wanted to carry out a 200 basis point reduction since the end of April and the AWPR was already reduced by 160 basis points.

“But AWLR has come down only about 25-30 basis points. The overall reduction announced earlier in the relaxation was about 200 points. It is up to the banks to help us transmit policy rate reductions in the market,” he added.

According to Weerasinghe, average deposit rates have come down by 250 basis points to 2.6% from the end of April, and the AWPR was down by only 1.6%.

In February, the CBSL reduced the statutory reserve ratio (SRR) applicable on all rupee deposit liabilities of commercial banks to 5% with effect from 1 March 2019. The Board also decided to keep the policy interest rates of the CBSL unchanged at their current levels, and accordingly, SDFR and SLFR remained at 8% and 9%, respectively.

In April, the Monetary Board decided to maintain policy interest rates at their current levels which were decided in January. In May, SDFR and SLFR were reduced by 50 basis points to 7.50% and 8.50%, respectively.

In July, SDFR and SLFR were maintained at their current level, which was decided in May.

August 21, 2018 byCharindra No Comments
The new Country branding for Sri Lanka Tourism will be unveiled at the World Travel Mart (WTM) in London in November 2018.