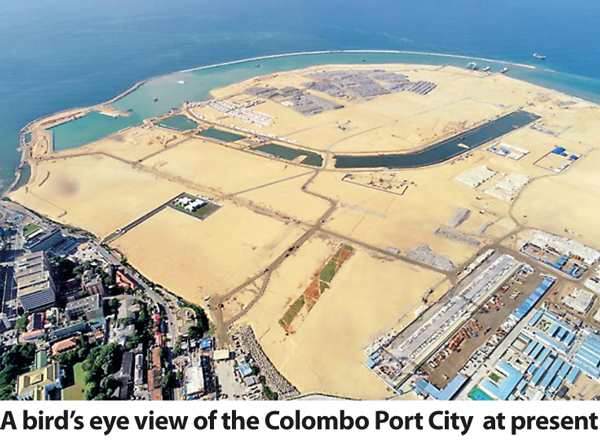 The drafting of legislation for the Colombo International Financial City (CIFC), a special economic zone (SEZ) situated at Colombo Port City which is currently under construction on reclaimed land adjacent to Galle Face Green, is at the final stages before Cabinet, The Sunday Morning learnt.

A government official involved in the process told The Sunday Morning that the CIFC would be the first SEZ in the country and it would be the next stage in going from an export processing zone (EPZ) under the Board of Investment (BOI) to an SEZ, which some countries had commenced more than 30 years ago.

Even though the BOI was established in 1978, it has not been involved in a SEZ to date, the official stressed.

Draft laws to Cabinet within next few weeks

According to the official, Prime Minister Ranil Wickremesinghe, who is also the Minister of National Policies and Economic Affairs, would submit the draft laws within the next few weeks after the steering committee, chaired by Non-Cabinet Minister of Economic Reforms and Public Distribution Dr. Harsha de Silva, concludes the drafting process.

The laws being formulated by the aforementioned steering committee will basically focus on fiscal and monetary policies as opposed to the overall management to be conducted by the Urban Development Authority (UDA) as declared by the Ministry of Megapolis and Western Development, Colombo Port City Project Director Nihal Fernando told The Sunday Morning. 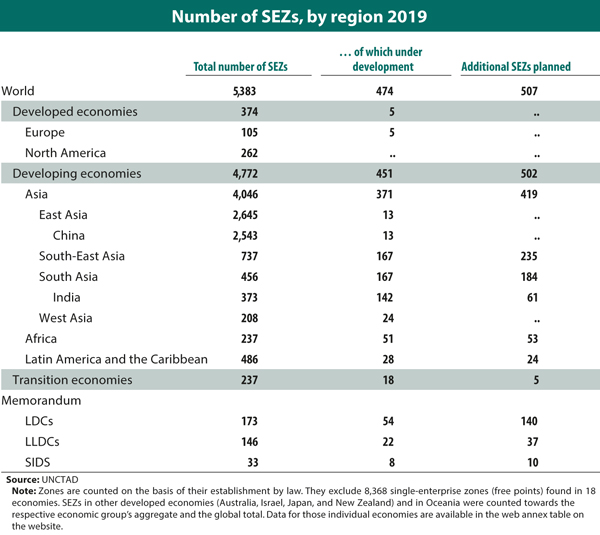 In its proponents’ view, the project aims to address a problem that has long dogged Sri Lanka. Still recovering from a 26-year civil war with an economic cost that many estimates place at $ 200 billion, the island nation’s $ 90 billion economy doesn’t create enough jobs, making it a net exporter of labour.

Last month, Minister of Megapolis and Western Development Patali Champika Ranawaka declared Colombo Port City an urban development area under the powers vested in Section 3 of the Urban Development Authority Act No. 41 of 1978. As a result, all physical infrastructure development activities in the Port City would be subjected to UDA regulations and oversight.

However, the exact features of the laws that are going to be introduced to the SEZ in the CIFC of Colombo Port City are not yet known, but as reported, the laws will cover the jurisdiction of the new territory and include regulatory frameworks for foreign investment and the function of financial institutions within the CIFC.

Speaking to The Sunday Morning, Minister Dr. de Silva said the committee under his chairmanship had now engaged with a vast number of stakeholders and multiple drafts of the law had been discussed.

According to the Minister, the observations of the Attorney General’s (AG) Department had also been received by the committee.

“The committee is currently working with a team of about 12 solicitors from the AG’s Department. They have also hopefully given the final comment which we will be able to bring to Cabinet,” he added.

Even though countries like China, Singapore, and Dubai have made changes to their legal systems in the past, when establishing special financial cities, the CIFC is the first Sri Lankan attempt to draw special legislation to govern an artificially developed area as a financial city with the aim of attracting investments, thereby putting Sri Lanka on the global financial services map and enabling it to reach the envisioned “South Asian Hub” status.

According to World Investment Report 2019, SEZs – geographically delimited areas within which governments facilitate industrial activity through fiscal and regulatory incentives and infrastructure support – are widely used across most developing and developed economies.

SEZs are used by more than 140 economies around the world, almost three-quarters of developing economies, and almost all transition economies. Their number has grown rapidly in recent years, and at least 500 more are in the pipeline. Most SEZs are multi-activity zones. Industry-specialised zones and zones focusing on innovation are concentrated in more advanced emerging markets. Most developed-country SEZs focus primarily on logistics, the report stated.

From the day the Port City Project was launched, it has been subject to criticism by various sections of society and by politicians at large.

The Port City has also been one of the main concerns raised in the present Government’s election campaign prior to the last presidential election. Despite the controversy surrounding it, the project continues, and as of now, more than 90% of the first phase of the project has been completed.

What the Port City would be like after construction work is completed and how it would be administrated has been discussed at different platforms. However, economists compared it with the features of Hong Kong, which is a special administrative region of China known as Asia’s World City.

‘SEZs can do wonders’

Speaking to The Sunday Morning, former Central Bank of Sri Lanka (CBSL) Deputy Governor Dr. W.A. Wijewardene said the particular economic zone had nothing to do with Sri Lanka as it had been constructed by China.

“I’ve been to such zones they have set up in Thailand. They can do wonders. Because in Thailand, the SEZs set up by China have invited premier foreign investors throughout the globe such as Americans, Chinese, South Koreans, Japanese, etc. to set up their processing factories. And along with that, they have brought their technologies. They have actually changed China’s economic structure as well as China’s export structure,” he explained.

Elaborating further, Dr. Wijewardene said: “One good example is that if you are using any laptop or computer, you may know that its motherboard is from Thailand. They supply 80% of the motherboards in the world. When it comes to the Port City, in order to set up such a limited city, the foremost requirement is the country must have the capacity to attract foreign investors and the management of the SEZs. Those are the things Sri Lanka lacks. That is what happened to Hambantota.”

“In order to succeed in SEZs, governments need a strategic plan, financial stability, and international connections. That is what Sri Lanka will get from Colombo Port City as it’s not the Government of Sri Lanka that will manage it but China. They are setting up these special economic zones in many other countries. Thailand is the best example that I can set for this,” he added.

Highlighting the drafting of new laws, Dr. Wijewardene said: “Investors would love to have a different kind of legal structure. Foreign contractors insist that the entire contract be governed by UK, Hong Kong, or Singapore. If it is done, Hong Kong would be out of the list. Any investor who comes to the Port City will be governed by China. So they may want different legal systems. Financial hubs should be governed by the most advanced financial laws. The country which has such laws in our region is Singapore.”

September 29, 2019 byThe Sunday Morning No Comments
With the Government imposing a ban on regional plantation companies (RPC) on cultivating oil palm seeds for over 11 months, the companies are predicted to incur a loss of Rs. 400 million.

January 7, 2019 bythemorninglk No Comments
The inability by the National Hospital of Sri Lanka (NHSL) to properly deal with the ongoing clinical waste crisis, which began in August last year, has raised its ugly head once again, NHSL employees