Drinking away our problems?

October 17, 2019 by The Sunday Morning No Comments

Taking a look at alcoholism in Sri Lanka

According to the Global Status Report on Alcohol and Health of the World Health Organisation (WHO), Sri Lanka’s alcohol per capita consumption in litres of pure alcohol stood at 7.7 for males and 1.2 for females in the year 2016, whereas the WHO South-East Asian Region average stood at a mere 4.5 litres. This is clearly no laughing matter.

Sri Lanka is currently drinking away all its problems and sorrows and the situation is worsening rather than getting better. There have been several alarming incidents in Sri Lanka. 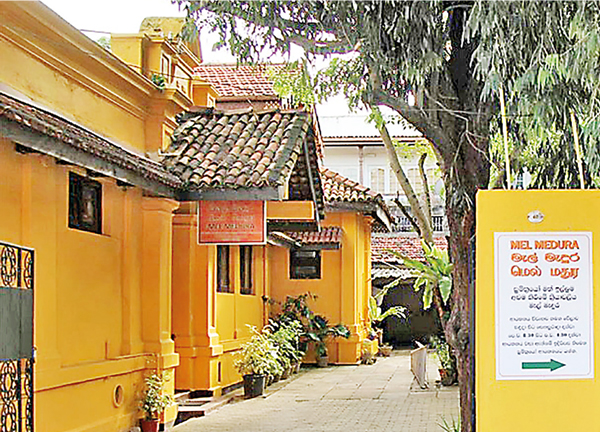 Local reports state that in around August 2019, six people were reported dead after consuming illicit liquor from the same den. The incident occurred in Baduragoda, Mirigama. Yet another result of alcoholism is drunk driving. Drunk driving is definitely hazardous as it puts both the driver as well as innocent pedestrians at risk. Once again, according to local reports, in April this year, 245 individuals had been arrested by the Police across the country for drunk driving during a 24-hour special operation. Moreover, the Police have filed 10,170 cases in relation to traffic offenses too. Also revealed in this particular local report was Traffic DIG Ajith Rohana’s statement that during the festival periods last year, that approximately 135 people had been killed and more than 750 people injured due to road accidents.

Dr. Abeykoon claims that there is no viable data per se to decide whether global consumption of alcohol has increased or decreased, but, accordingly, there is a particular study done in Sweden which reveals the sales and production figures from main manufacturers showing that there is no real increase in sales, except beer.

“The mistake we make here in Sri Lanka is that we decide whether consumption is high or low based on a per capita consumption basis,” Dr. Abeykoon stated. He elaborated by explaining the difference in Sri Lanka. Accordingly, only approximately 35% of adults take drinks here whereas in western countries, around 90% of adults would drink. Dr. Abeykoon said that this 35% consume approximately 10 litres annually, which is more or less the same as the West.

Now, the main question is: Why does this situation persist in the country? He revealed availability and price to be the two main reasons along with the third reason being psychological factors.

Sri Lanka is well renowned for having tonnes of policies for everything, and so we have a number of policies for alcoholism or alcohol abuse as well. If we have enough policies in place, why is it that the country is drowning in alcohol? Dr. Abeykoon shed some light on this matter by stating that although Sri Lanka has policies, its problem lies with implementation. Last week, it was reported that the Finance Minister is allowing individuals to possess or transport 80 litres of foreign liquor through an excise notice isssued, effective to the entire country (as per the latest update at the time of writing). The limit was 7.5 litres until last week, but now, of course, it has been increased. Dr. Abeykoon also revealed that the smuggling of foreign liquor has increased exponentially in the past week, adding that the three main policies which are the most effective are price, availability, and acceptability. 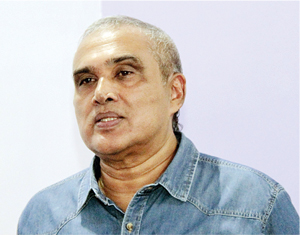 In terms of availability, he revealed that in countries where alcohol consumption is low, places alcohol can be bought from as well the number of hours it’s sold are restricted. For example, buying alcohol after 10 p.m. is banned in some countries. Perhaps, Sri Lanka should take some tips.

The final aspect, which is acceptability, is a rather hard one. Dr Abeykoon stated that alcohol companies in Sri Lanka have glamorised alcohol. However, when the glitz and glam are taken away, people are only left with a depressant. “Physiologically, once alcohol enters the body, it takes 45 minutes to get metabolised and to go through the circulation to get to the brain, but in Sri Lanka, you find people acting strangely by merely opening the bottle,” he said humorously, adding that it is a psychological factor which makes people think alcohol is enjoyable.

As many of us know, alcohol causes many health complications. Dr. Abeykoon revealed that alcohol in the past was only known to affect the liver and cause cirrhosis, but now, it is known to adversely impact all parts of the body. In fact, it is almost as bad as tobacco. He went on to say that the story in the medical world was that a small amount such as 20 ml of alcohol would actually be beneficial, but according to new evidence, this amount could be either useless or simply lead to unnecessary harm.

Diseases such as liver cancers, pancreatic cancers, and heart disease are amongst the most common ailments due to alcohol consumption. Dr. Abeykoon also revealed that psychiatrists are now seeing more and more cases of alcoholic dementia.

Also speaking to The Sunday Morning Brunch was Mel Medura Honorary Director Jomo Uduman. He shared great insight into the workings of an alcoholic’s mind. Upon questioning as to how one falls into the spiralling abyss of alcoholism, Uduman spoke about five stages:

1. Not using alcohol (abstinence) – many people do practise abstinence throughout their lives.

2. Early experimentation – if a person enjoys the experience, they would like to try it again and move on to the next stage (with the help of peer pressure).

3. Using alcohol without harm – referred to as “moderate” or “social” drinking, this stage apparently causes no problems or harm to the user or to others.

4. Harmful drinking (problem drinking) – this happens slowly, often without being noticed. For instance, some may consume too much and get sick. Others may end up fighting, causing an accident, taking foolish risks, driving under the influence, or doing things that will be later regretted.

It goes without saying that alcohol can cause a lot of suffering to one’s family life. With regard to this, Uduman stated that “domestic violence is top of this list”. Moreover, in Sri Lanka, sexual abuse is a common occurrence in such homes but rarely reported due to the stigma surrounding it.

“Other underreported facts connected to families where alcohol is a problem are suicidal feelings, attempts, and suicide itself by family members and the user. The user shows disinterest in life around them, displays reckless behavioural patterns that affect their family and the workplace, has poor health and personal hygiene, gets into debt to sustain his habit, and neglects the needs of his/her spouse and children,” Uduman added.

Further delving into the topic, he also revealed from which lifestyles these alcoholics come. “Most of them are the breadwinners, until their dependence on alcohol. Alcoholism can affect people from all strata of our society. It is particularly evident within the lower and middle classes.”

What makes alcohol so addictive?

“As alcohol dependency is multilayered, it is hard to break. But it is certainly not impossible. It must be understood that there are physical, mental, emotional, social, and even spiritual forces at play. It revolves around the challenge of managing painful feelings. Sadness, fear, and anger are at the top of the list, while helplessness, hopelessness, low self-esteem, and worry can also be present. For some people, alcohol is an option in managing these difficult or hurtful feelings. Consuming alcohol can give them a sense that they can control or distract themselves from these feelings. But what they do not realise is that using alcohol to deal with upset feelings backfires and creates the very problems it was intended to solve. The painful feelings that were to be avoided actually increase. Control is lost and never gained. In order to break this dependency, awareness that it does not deliver what it promises must be raised. That’s why it is so difficult,” he added.

If you or your loved ones are faced with the problem of alcoholism, do not hesitate to get help. You can get assistance by visiting Mel Medura at No. 60, Horton Place, Colombo 7, calling 011 2694665/2693460, or emailing melmedura@sltnet.lk

The testimony of an ex-weekend drinker

To further understand the fancy behind drinking, we went to the best person possible to ask – an ex-weekend drinker. After all, hands-on experience is everything. This particular individual, who wishes to remain anonymous, used to drink from Friday to Saturday and whenever there was a gathering. Although only consuming during those particular days, they would drink rather heavily, gulping down up to one bottle per day. They viewed it as “two consecutive days of Christmas”. Their favourite drinks were Black Label and Gold Label, but also claimed that just about anything would do when down on the purse. One would think such expensive drinks would put a huge burden on one’s purse, but in reality, this is not the case. They stated that the money spent on booze could be reimbursed by the company as it was categorised as an “entertainment” expenses. They also spent up to Rs. 30,000-40,000 per week for alcohol alone.

The day they fell prey to alcoholism was at a rather young age. At that time, they were taking up a challenge to show they could drink – peer pressure at its best.

Furthermore, this increased a tad more when they started working as they would get invited for drinks by their bosses and co-workers. There was also a time in their lives where they were stationed outside their home town, so far away from home that it compelled them to drink as they felt rather homesick. It was used to numb the pain at that point. What made this social drinker abstain from alcohol completely was when they got their first heart attack. The doctor advised that they reduce drinking gradually by taking two shots per day. This was a bit of a nuisance as this individual was only a weekend drinker and not a daily drinker. However, with this, they put an end to the social drinking completely. They explained it was not all too hard as “it was a decision made by me, not under compulsion or instruction; it was just that I wanted to get it out of the way”.

Elaborating further, they stated that a person who is an alcoholic needs to take a hard look at themselves and to think about their loved ones and their value to society. For us humans, there is always something we fear or which excites us.

“If you love yourself and love your family, you would flush it out of your system,” the person concluded.

Alcoholism is definitely a malady that can be eradicated with the right policies implemented as well as the willpower to stop it.

Unravelling the mysteries of an elusive cat

January 27, 2019 bythemorninglk No Comments
The Wildlife and Nature Protection Society (WNPS), which at the inception was established as a game protection society, has evolved throughout.

January 31, 2020 bythemorninglk No Comments
While light touches everything we see, we do not see all light.