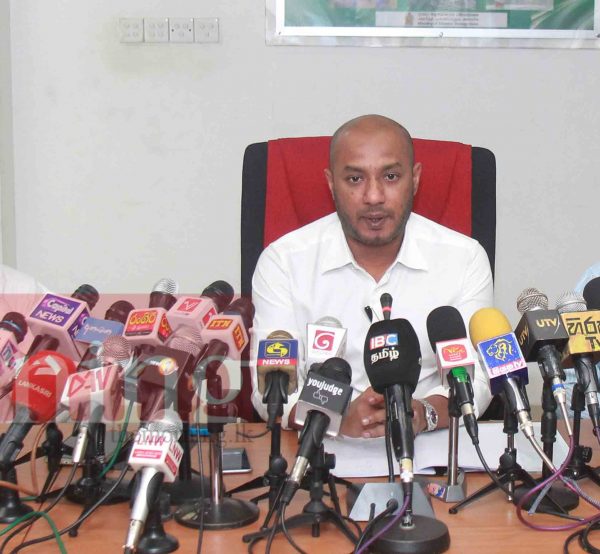 With sections of the country being affected by a worsening drought, the Government has spent over Rs. 12 billion aimed at mitigation efforts from March 2017 to September 2018.

Addressing the media today Disaster Management Minister Duminda Dissanayake said an additional sum of Rs. 700 million had also been allocated by the government to provide relief assistance to the people in the worst affected district of Anuradhapura.

According to statistics around 123,000 families in Anuradhapura have been affected by the prevailing drought condition. The Minister said the total number of affected families in 18 districts due to the drought condition as reported to the Disaster Management Centre (DMC) was about 261,177 families.

Minister Dissanayake said the government had allocated Rs. 5, 230 million to provide relief for the drought affected districts in March and April last year and another Rs. 5, 100 million had been released from August to October last year.

So far this year the government had released Rs. 2,104 million to provide drought relief for the people, the Minister said.

In addition, the government had also provided 11, 000 water tanks which cost about Rs. 91 million and water 407 water bowsers, he added.

May 25, 2020 byTSM Web Desk No Comments
Leader of the United National Party, Ranil Wickremesinghe, in a statement to the media, called on the government to make public its plan to service debts.

July 1, 2020 byTSM Web Desk No Comments
The Attorney General has approved the health guidelines for general elections forwarded by the Health Ministry.