October 22, 2020 by Skandha Gunasekara No Comments

The Government gave dry ration packs to those under home quarantine on three separate occasions and will continue to do so, it is learnt.

Minister of Tourism Prasanna Ranatunga said that for the past three weeks, dry ration packs were given once a week to the families who were under home quarantine.

He said that 2,781 people under home quarantine in the Gampaha District were given dry ration packs, and said they would continue to receive dry ration packs in a similar manner until they were released from quarantine.

In addition, Ranatunga said that steps were taken to distribute the elders’ allowance under the Samurdhi scheme as well.

This was in addition to those who would be receiving the Rs. 5,000 voucher following the loss of livelihood due to the Covid-19 outbreak. 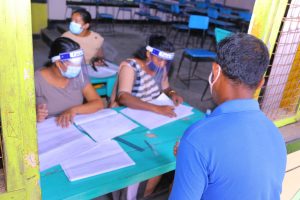 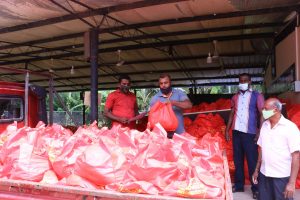 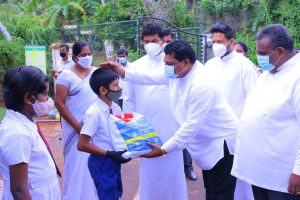 A nutrition bag worth Rs. 965 distributed to 44,496 students of 245 schools in Gampaha district

July 28, 2019 bythemorninglk No Comments
The Tamil Progressive Alliance and the Sri Lanka Muslim Congress are yet to decide if they will sign the agreement with the United National Party (UNP) to work together at the next election.

June 21, 2020 byTSM Web Desk No Comments
Sri Lanka is ready to pay the first instalment of the mobilisation advance due to be paid by the Government to activate the loan facility granted by the Exim Bank of China last year for the constructi