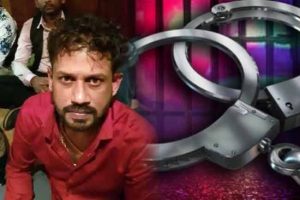 Sri Lanka was kept in the dark by Dubai when it sent back a group of Sri Lankans, including notorious underworld members and drug dealers arrested at a hotel with underworld leader Samarasinghe Arachchige Madush Lakshitha, alias “Makandure Madush”.

Well-informed sources at the Police Department told The Sunday Morning that the 13 Sri Lankans out of the group of 31 arrested in Dubai had been sent back to Sri Lanka without notifying the relevant Sri Lankan authorities.

According to sources, the Criminal Investigation Department (CID) had detained the 13 Sri Lankans deported from Dubai after identifying their names and passport numbers in the flight manifest.

“We had taken them into custody after going through the flight manifest. The Dubai Police had not informed Sri Lanka that they had been deported from there,” he said.

According to information revealed during interrogations, the authorities in Dubai had asked the Sri Lankans whether they would prefer to return to Sri Lanka, and those who possessed air tickets had then been dropped off at the Dubai Airport.

“This was not carried out in an official capacity and that was why they had not informed the Sri Lankan authorities,” one Police source said.
When asked if Dubai is required to inform the Sri Lankan authorities, in spite of there not being an extradition agreement between the two countries, he stressed that there was a mutual understanding between the two with regard to criminal matters.

According to sources, the Sri Lankans deported so far were not subject to any penalties or legal action. “They hadn’t imposed a fine or taken any other legal action against them,” he said, adding that, according to laws in Dubai, no action could be taken against them as they were taken into custody during a party held at a hotel, subsequent to which they were not found guilty of drug dealing.

In this backdrop, as reported on Friday, the Foreign Affairs Minister Tilak Marapana had travelled to Dubai and met his counterpart in the Emirates to discuss the matters pertaining to the deportation of Sri Lankan drug kingpin Makandure Madhush.

As reported, Marapana had met his counterpart, Minister of Foreign Affairs Anwar bin Mohammed Gargash in the capital – Abu Dhabi. During the discussions, it was reported that Minister Marapana had raised the issue of the Sri Lankans being deported (some of them listed as wanted criminals in Sri Lanka) without prior notice to Sri Lankan law enforcement authorities.

Five more individuals, including actor Rayan Van Rooyan, who were arrested along with drug kingpin Makandure Madush were deported from Dubai last week

According to the Police Media Spokesman SP Ruwan Gunasekera, the five individuals deported from Dubai were identified as Rayan Van Rooyan (41), a resident of Dehiwala; Mohammad Washimdeen Mohammad Kuthubdeen (22), a resident of Kolonnawa; P. Dimuthu Surantha Perera (25), a resident of Seeduwa; W. Suraj Kavinda de Silva (28) from Alubomulla, and K.A. Charith Padman (40), a resident of Kamburupitiya.

As of today, a total of 13 individuals deported from Dubai arrived in the country on four separate occasions. Out of these, three were released and the others were either remanded or detained for questioning.

Meanwhile, Dhanapala stated that according to the law of Sri Lanka, legal action couldn’t be taken against any of these Sri Lankans unless charged for offences committed in the country.

He stated that even if they had attended a party hosted by Madhush, even knowing that he was a drug dealer and a criminal wanted by the Police, legal action couldn’t be instituted against them. He added that if the Police arrest them, it would be illegal.

Some of them had been taken into custody as they were wanted for some other charges, he clarified.

However, Dhanapala assured that Madhush would get arrested soon after arriving in the country as there were several charges against him in Sri Lanka. “But those without charges against them will have to be released,” he said.

The Police are currently looking at possibilities of arresting the others for further questioning and are awaiting instructions in that regard, Dhanapala said.

However, according to the information received so far, the Dubai Police had found cocaine in the hotel premises but not on anyone’s person, which was what led to their release by the Dubai Police. 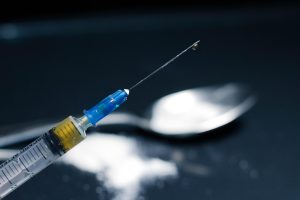 According to the PNB Director, the prices of narcotics – especially heroin – had increased as a result of a reduction in supply, attributed to the arrests made by the Special Task Force (STF) and the PNB over the last few months.

He said the prices of one gram of heroin had been increased to Rs. 17,000 from Rs. 12,000, and that with the increase in prices, demand had also reduced. “Many people have come forward for drug rehabilitation. Even though stocks are available with some dealers in Sri Lanka, they are not releasing them into the market,” he said.

According to the Colombo Crime Division (CCD), notorious drug kingpin Mohommad Najim Mohammad Imran, alias Kanjipani Imran, was detained under the Prevention of Terrorism Act (PTA) as he was wanted for several murders and was connected to several explosions that occurred in Colombo.

Imran is alleged to be engaged in drug smuggling, ransacking, and murders in Dubai and is wanted for his involvement in and operation of over 12 shooting incidents and attempted murder incidents in Borella, Maligawatta, Kotahena, Jampettah Street, Grandpass Modara, and Jinthupitiya since 2018 in which at least four people were killed and several others injured.

As confirmed by STF Chief DIG M.R. Latheef, the connection between the Iranians taken into custody last week with 107.22 kg of heroin worth over Rs. 1.072 billion and Madush was yet to be established though interrogations were still ongoing. The Iranians, along with their vessel, were taken into custody during a joint operation conducted by the Police STF, PNB, and Sri Lanka Navy.

The Iranian nationals were further remanded by the Chief Magistrate of Colombo on Friday morning according to a request made by the PNB to further investigate the routes they had taken to arrive in Sri Lanka, he said.

The PNB had taken the GPS device of the Iranian vessel into custody and with an order of the magistrate, the PNB plans to send it to the Geological Survey and Mines Bureau Department or to the University of Moratuwa to analyse the data and provide a report pertaining to the route taken prior to arriving in Sri Lanka.

Interrogations of the nine Iranian crew members, with the assistance of the Iranian Embassy in Colombo, had revealed that the vessel had commenced its voyage in Iran, while the narcotics were loaded in the seas off the coast of Pakistan. The boat had then proceeded to Sri Lanka through the Maldivian sea stretch.

He said that the investigators believed the crew members might have unloaded some of the heroin in adjacent countries including Maldives.
“We are still investigating this. They had carried out orders given by a Pakistani drug kingpin and since he is not available to us, it makes it difficult to trace any connection between the drug dealers and the traffickers,” the PNB Director said.

January 20, 2020 bythemorninglk No Comments
A decision taken by Minister of Power and Energy Mahinda Amaraweera to purchase emergency power for six months at a cost of Rs. 6.5 billion has raised many eyebrows.