Despite the decision taken by the Government to remove import duties on essential food commodities with immediate effect, there is unlikely to be a price reduction at least until November, according to essential food importers. 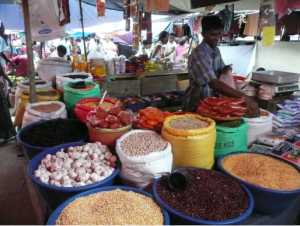 If the prices are reduced before that time, the importers and traders would have to incur a massive loss, Rajendran said. This is because the stocks of these essential commodities now available in the local market were brought down to the country several weeks ago after paying the earlier import duties.

In a press release issued by the Presidential Secretariat, it was announced that with due consideration to the current cost of living and difficulties associated with Covid-19, the Government has removed import duties on essential commodities such as dhal, canned fish, big onions, and sugar.

“We are mainly importing items from India and we are worried as India could ban the exports at any time. Therefore, we have imported stocks for about two to three weeks. If India stops, we have to look for some other country, and there it will take another three to four weeks for stocks to come to Sri Lanka. We have to dispose of at least 50% of the stocks to get a new consignment,” Rajendran said.

He noted that India has banned the exportation of big onions and that it now has to be imported to Sri Lanka from Holland, China, and Pakistan.

“The prices of big onions in the world market have also gone up greatly. It’s above $ 500. We won’t be able to make any new bookings. India will import from other countries and the containers coming to Sri Lanka will also be diverted to India, if the Government does not increase the price. There will be a sugar and canned fish shortage because price reduction will not be immediately done. There might be a shortage of big onions also if this continues,” Rajendran said.

Meanwhile, Minister of Trade Dr. Bandula Gunawardana said the Government will purchase big onions directly from farmers at Rs. 130 per kg through the Sathosa retail chain and sell them at Rs. 100. He said big onions would be sold at Sathosa at Rs. 100 and the Government would absorb the additional cost of Rs. 30.

June 4, 2020 byTSM Web Desk No Comments
The Sri Lanka Broadcasting Corporation (SLBC) and the Sri Lanka Rupavahini Corporation (SLRC) have sought financial assistance from the Ministry of Finance in an attempt to stay afloat, The Morning le