Shipping and ports industry experts have raised concerns over the impending risk of losing Colombo Port’s transhipment hub status in the region due to the delay in developing its East Container Terminal (ECT). 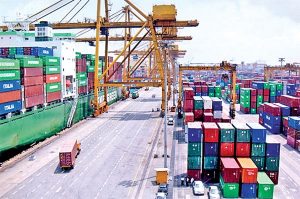 They have also warned that the port itself is at risk and posed a huge threat of losing cargo volumes. The delay in launching operations of the ECT has caused the government a loss of around Rs. 50 billion per year.

As learnt by The Sunday Morning, the Government is yet to take a decision on the development of the ECT as well as whether it should be developed under the Sri Lanka Ports Authority (SLPA) or handed over to India as per the agreements reached by the previous Government.

Furthermore, the Government is also yet to discuss the agreements reached between India and Sri Lanka under the leadership of former President Maithripala Sirisena on the development of the terminal.

Even if the green light is given to construct the ECT now, it will take at least another three years to complete the construction work and operate in its full capacity, it is learnt. Therefore, subject matter experts warned that further delaying the launch of the development activities will cause the government a loss of millions of rupees per day.

In such a backdrop, the Joint Trade Union Collective of the Colombo Port urged the Government to fulfil the promise it made during the election that the terminal would not be handed over to India and will be taken under the control of the SLPA.

Speaking to The Sunday Morning, All Ceylon General Ports Workers’ Union (ACGPWU) Secretary Chandrasiri Mahagamage said that at a meeting held with the Joint Trade Unions Collective last month, they had decided to remind the Minister of Ports and Shipping and the President of the promises they made, urging them to take immediate action to develop the ECT and start operations.

They had also raised concerns over the delay in completing terminal planning, which should have been done by the authority for commencing commercial operations of the ECT several months ago, even prior to the general election.

The operation planning of the terminal should be completed in order to begin the commercial operations of the terminal, a topic which has recently come to light due to the loading of gantry cranes ordered for the Jaya Container Terminal JCT which is still under construction.

The trade unions attached to the SLPA had recently held an industrial action demanding the Prime Minister or President to give an assurance that the ECT will not be handed over to India. However, according to the verbal assurance given by Prime Minister Mahinda Rajapaksa, any attempt to legalise the Memorandum of Co-operation (MoC) signed between India, Sri Lanka, and Japan would not be allowed.

The Colombo Port, primarily a container port, is a rapidly growing maritime hub in the South Asian region and is the port connecting cargo originating from and destined to Europe, East and South Asia, the Persian Gulf, and East Africa.

The original port had a harbour area of 184 hectares. In 2008, the South Harbour area (285 hectares) was developed to accommodate deep-water berths and the latest generation of mainline vessels. The harbour is served by a two-way channel with an initial depth of 20 m and a width of 570 m.

In addition to the container terminals in the original port area, the SLPA planned to develop three terminals – each having a capacity of 2.4 million twenty-foot equivalent unit (TEU) – in the South Harbour, the first of which was built and is in operation on a build-operate-transfer (BOT) basis by Colombo International Container Terminals Ltd. (CICT)

The Colombo Port currently consists of three main parts, one of which is the JCT that belongs to the SLPA. The South Asia Gateway Terminals (SAGT) is owned by Sri Lanka and international entities. A majority of the shareholding in the CICT is owned by China. This terminal is located adjacent to Colombo Port City. As a result, a terminal of sufficient capacity for the SLPA to dock large ships does not exist within the Colombo Port at present.

Against such a backdrop, the ECT is being developed to accommodate large ships and the SLPA commenced development at the ECT with funds obtained from a state bank.

According to the SLPA, the Colombo Port Expansion Project is being implemented in an area encompassing about 600 hectares. This will have three terminals: South Container Terminal (SCT), ECT, and West Container Terminal (WCT), each with a 1,200 m length and equipped with facilities to accommodate three berths. The SCT commenced operations in 2013 under a public private partnership (PPP) under the BOT basis with CICT and the SLPA. The CICT is managed by China Merchants Ports Holdings Co. Ltd.

The ECT, implemented by the Mahinda Rajapaksa Government under the Colombo Port Expansion Project, is the second largest deep-water project of the port. In this, 400 m of the planned 1,200 m-long terminal was completed in 2015.

At present, the completed 400 m stretch of the ECT is used by the SLPA to handle break-bulk cargo.

Due to the mounting pressure put by the ports unions earlier this year, the President appointed a five-member committee consisting of the secretaries of the Ministries of Power, Energy, Ports and Shipping, Roads, and Highways together with Secretary to the Ministry of Industrial Export and Investment Promotion M.P.U.D. Mapa Pathirana and SLPA Chairman General (Retd.) Daya Ratnayake.

The committee is assigned to look into matters with regard to the procurement process and the delay in the development of the ECT prior to importing equipment, evaluate the agreements the SLPA has entered into with foreign nations, and look for the responsible persons for the activities mentioned above. Moreover, the committee was requested to submit proposals for the development of the ECT.

The committee was to prepare a report within 45 days from 3 July.

Then Secretary to the Ministry of Ports and Shipping M.M.P.K. Mayadunne told The Sunday Morning in August that the final report of the committee would be handed over on 15 August.

Nevertheless, there is no trace of the committee report at present, as the report is yet to be made public.

As learnt by The Sunday Morning, the civil work of the ECT was completed around five years ago while the electrical work was completed eight months ago.

The planning of the operations at the ECT was yet to be started by the SLPA, even though the necessary funds had been allocated for the establishment of the planning unit for the ECT from the annual budget.

The delay in launching the planning work of the terminal raised doubts among the unions, as they were concerned whether there was any attempt to hand over the development of ECT to India.

Last year, the SLPA signed the joint MoC to develop the ECT at the Colombo Port. The SLPA stated that the new partnership would help the port to continue its growth and further improve its competitiveness by opening itself to the world.

According to the authority, the SLPA retains full ownership of the ECT, and a company named Terminal Operations Company (TOC) would be established where Sri Lanka would retain 51% of shares while the balance will be purchased by joint venture partners.

The MoC was reached soon after China was given a controlling equity stake and a 99-year lease on the Hambantota Port, and concerns have been raised as to whether there is a suspicion that this deal is also a result of escalating geopolitical competition between regional powers.

During the early stages of the negotiations, the unions have threatened to cripple the operations of the Colombo Port, as their primary objection is that Sri Lanka would be handing over key port facilities to foreign nations.

Despite the MoC being reached between Japan, India, and Sri Lanka last year, the issue was swept under the carpet with last year’s presidential election without any further development until last month’s gantry crane unloading issue popped up.

When contacted by The Sunday Morning, SLPA Additional General Manager Upul Jayatissa said the SLPA had not yet received any update on the ECT from the Government as yet.

However, Secretary to the Ministry of Ports and Shipping U.D.C. Jayalal told The Sunday Morning that the Ministry had not yet taken any decision with regard to the ECT.

Meanwhile, all attempts made by The Sunday Morning to contact SLPA Chairman Gen. Ratnayake and Minister of Ports and Shipping Rohitha Abeygunawardena were futile.

To pardon or not

June 2, 2019 bythemorninglk No Comments
President Sirisena’s presidential pardoning of BBS Secretary General Ven. Galagoda Aththe Gnanasara Thera, who was convicted on the charges of contempt of court, has been questioned by various groups.

Focus on peace and co-existence

October 27, 2019 byThe Sunday Morning No Comments
As the country gears up for its eighth presidential election, the North Western Province populace, while most remain largely undecided on who to support,