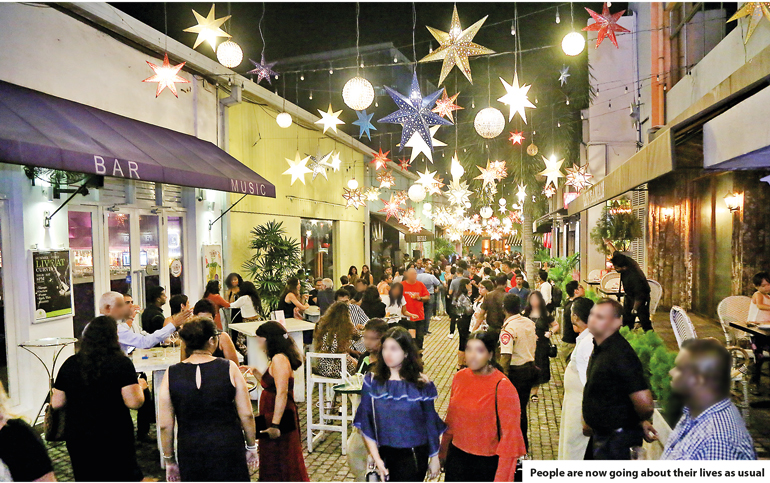 Four months after the devastating Easter Sunday terror attacks rocked the nation, sleuths attached to the Criminal Investigation Department (CID) are now confident that they can complete the investigations within another two months.

The attacks on Easter Sunday killed over 250 people and injured around 500 others in six near-simultaneous and co-ordinated explosions carried out by the local jihadist group, National Thowheed Jamath (NTJ). The attacks targeted three churches and three luxury hotels frequented by tourists. At least 40 foreign nationals and around 45 children were among the dead.

A senior official of the Police Department told The Sunday Morning that inquiries into the suspects arrested in connection to the Easter attacks were still ongoing and the CID would need at least another two months to complete those inquiries.

He also noted that after the investigations and inquiries are completed, the CID would submit the relevant documents to the Attorney General (AG) and seek advice in order to file charges against the suspects who were currently in custody.

The decision taken by the President raised concerns that it would impact ongoing investigations related to the attacks.

However, the CID asserted that the suspects were taken into custody under the Prevention of Terrorism Act (PTA) and therefore, lifting the emergency regulations would not have any impact on the investigations.

Currently, there are around 80 suspects in CID custody in connection to the Easter attacks.

Meanwhile, the ban on the NTJ, Jammiyathul Millathu Ibrahim (JMI), and Willayath As Seylani (WAS) organisations imposed through Extraordinary Gazette No. 2123/3 issued by the President on 21 May 2019 is still in effect as these organisations are banned under Section 27 of the PTA No. 48.

Therefore, Police Media Spokesperson SP Ruwan Gunasekara said that the lifting of the emergency regulations would not hinder investigations into prohibited organisations and persons involved in terrorist activities or their properties.

The military will also remain deployed across the country to assist the Police in maintaining public order and peace in terms of a special gazette notification issued by the President, invoking Section 12 of the Public Security Ordinance (PSO) on 22 August.

Section 12 states: “Where circumstances endangering public security in any area have arisen or are imminent and the President is of the opinion that the Police are inadequate to deal with such situations in that area, he may, by order published in the gazette, call out all or any of the members of all or any of the armed forces for the maintenance of public order in that area.”

The gazette order will be in operation for one month from the date of its publication (although it could be rescinded earlier) or to the making of a further order at or before the end of that period.

Giving his reassurance on the country’s security, Sri Lanka Army (SLA) Director – Operations Brig. R.P.D.U. Rajapaksha said the law enforcement agencies had arrested over 162 people in connection with the Easter attacks and at present, almost all persons who had links with the extremists terrorist organisations are identified.

Brig. Rajapaksha, addressing the media last week, stressed that all the relevant suspects had already been taken into custody. However, when asked why the Police was still arresting several individuals in connection with the attacks, he stressed that the investigations were also being conducted into all the associates and that those who were recently taken into custody were such associates.

Explaining further, Brig. Rajapaksha noted that all sorts of connections were being investigated by the law enforcement authorities. He also noted that the intelligence units that support national security were very strong at the moment.

In the backdrop where law enforcement authorities are giving a 100% guarantee on national security, Indian media reported that the Indian Navy had sounded a high-alert signal at sea following intelligence inputs that six members of the Lashkar-e-Taiba (LeT), including one Pakistani and five Sri Lankans, intruded into Tamil Nadu by sea from Sri Lanka.

Speaking to The Sunday Morning, Navy Media Spokesman Lieutenant Commander Isuru Suriyabandara noted that the Navy had so far not been informed by either Indian or Sri Lankan intelligence services of such an incident.

Even though the Navy was not officially informed, it is on high alert after hearing the news, he added.

“We’ve informed our security personnel to be vigilant and if they see anything suspicious, the Navy will definitely take the necessary action. But on an official level, that was not communicated,” Lt. Cdr. Suriyabandara said.

Further, he explained that the lifting of emergency regulations had not by any means affected the operations of the Navy as it has been on high alert since the end of war in 2009.

According to Indian media reports, security was tightened in Tamil Nadu since last Friday (23) following reports that six members of the terror outfit LeT had infiltrated the State by sea from Sri Lanka and moved to different cities. Coimbatore Police Commissioner Sumit Sharan that Friday said the city was under high alert following information that the terrorists were heading there.

Meanwhile, the Human Rights Commission of Sri Lanka (HRCSL) has also commenced investigations into the complaints lodged by a group of suspects who were apprehended over connections to the Easter Sunday attacks.

Accordingly, the HRCSL will focus on the process used to apprehend the suspects and determine whether these arrests were illegal.

Furthermore, it is reported that officials of the HRCSL will make observational visits to the places where the arrested suspects are detained, including by the CID, Terrorist Investigation Division (TID), and Police.

September 15, 2019 byThe Sunday Morning No Comments
The illegal drug trade has virtually taken over social media and the authorities are finding it hard to curb the menace.