By Sarah Hannan reporting from the Eastern Province

With just days to go for the parliamentary election, our most recent visit to the Eastern Province did not give us the slightest hint that its residents are looking forward to the election.

The Province has been constantly facing socioeconomic or ethno-religious issues which seem to haunt it time and again.

Just last year, the region was deserted by the otherwise thriving tourism industry as a result of the Easter Sunday attack of 21 April, and was also branded as the base camp of an extremist terror group, adding to its woes.

As the province was slowly recovering following these incidents, many were left with no choice but to close down businesses when the Covid-19 pandemic hit.

The region managed to somewhat sustain itself thanks to its paddy and vegetable cultivation and fishing industries. However, the tourism industry had to bear the brunt of the burden, as it had to continue to host the guests that were stuck in the region as a result of the country being placed under lockdown.

Politics in the region has always challenged voter loyalty; as with every general election, this time too, its residents are being forced to pick between stalwarts and parachute candidates. Although the province consists of only three districts, the region has had its fair share of problems, the most prominent one being the loss of sovereign land under the guise of development.

Scattered with many kovils, Buddhist temples, churches, and mosques, the Ampara District is considered to be a melting pot of cultures. Our first stop was Panama, a border village in the buffer zone of Kumana National Park, an area that is constantly mentioned when it comes to land loss and land grab issues.

Senapala, a resident of the area, speaking to The Sunday Morning, said that they are purposefully squatting in a prime beach property, as they do not want some political goon to grab the lands and profit out of it.

“We used to work in chena cultivation in the border of Kumana National Park and have done so for over three decades. As the war ended, the Forest Department demarcated the National Park and set up a high-tension fence to keep the elephants from entering the village. The chena cultivation was focused on planting corn, ground nuts, and peanuts, and was done at the edge of the forest.”

Unbeknownst to Senapala and the rest of the people of Panama at the time, the then Government had declared the area that was fenced off as part of the National Park, and denied access to their cultivation in 2009. Prior to that, the people in Panama were issued cultivation permits in the bordering area by previous governments. However, later, these permits had been revoked by successive governments.

“Our only request to the Parliament that will get elected is to reconsider the demarcation of land and allow the farmer to cultivate in fertile land. We are not ready to move to an entirely different village or town and change our lifestyle, as we have been traditional farming families. This is the only thing we know to do and we are used to living in Panama,” Senapala added.

We next reached the historically and culturally significant Okanda Murugan Kovil premises, where we met with one of the Pada Yatra pilgrim groups.

“Unlike in the olden days, not many of the pilgrims do the Pada Yatra all the way from the North to Kataragama anymore. Usually, we travel by vehicle up to Okanda and then start the Pada Yatra from there. This year, the pandemic has cut our pilgrimage short and caused us much heartache. Hopefully next time, we will be able to make it on foot to Kataragama Temple,” Thangavelu, a resident of Akkaraipattu, stated.

When asked what he thought about the upcoming election, Thangavelu noted: “It is most likely that people will cast their votes for the political parties that have aligned with the Sri Lanka Podujana Peramuna (SLPP).”

He also added that there was a slowdown in development, especially in the Eastern Province, during the previous Government. He said that they would vote for politicians that are able to address the many issues the people from the East were currently facing.

While the district got attention in international media last year, following the church bombing that took many lives, by now, the town of Batticaloa has sprung back into its old bustling self.

The Government is focused on restarting halted paper production in Valaichchenai, which will open job opportunities for thousands of people.

The coast of the Batticaloa District is a hot tourist destination favoured by foreign and local travellers alike. Yet, only a limited number of job opportunities are available in the leisure sector as the majority of the workforce is employed by state institutions and a fraction of them are employed at private organisations.

“Jobs in the tech industry are lacking and I think if the Government approves the implementation of back-office operations in the district, many of the youths will stay back after completing their studies without going to Colombo or even foreign countries, seeking tech-based jobs.

“Because we still have the more traditional occupations here, the youths nowadays are not keen on continuing the same jobs their parents did,” stated Rifaz, a young hotelier from Pasikuda, sharing his thoughts.

As we made our way towards Valaichchenai in search of the famous National Paper Company Ltd. (NPCL) and the landmark railway station of Kadadasi Nagar, we were met with a barricaded side entrance of the NPCL.

Leo, a supervisor of the railway station, was kind enough to point out an accessible entrance to the paper factory. When asked about his sentiments on the upcoming election, Leo, who travels to Kadadasi Nagar via the morning train from Batticaloa, said: “I believe that President Gotabaya Rajapaksa will look at restoring many rundown industries, as he has already given directives to commence restoration work for the paper factory.

“Once the factory work recommences, even the railway station will turn a profit as many people will be using our station. At the moment, the railway station does not have a water supply and we have to fetch water from the nearby village for the station staff’s consumption.”

Leo was positive that the next Parliament will have decisive leadership under President Rajapaksa.

Trincomalee has been a strategic point, given its natural harbour and geoposition, which has automatically required the heavy presence of the Navy, Army, Air Force, and Police for the purpose of national security.

For decades it has housed industries such as the grain processing factory and cement factory, and has operated as a shipping port for the eastern seas of the country. The many bays are equally well equipped with holiday resorts taking full advantage of the unique geography and terrain.

For those who tend to take the A6 or A12 Road to get to Trincomalee, the underdeveloped road network that connects you to the inner city will not pose an issue. However, once you turn off to reach your lodging, you might need to use the narrow winding roads that lead to picturesque beachfront accommodations.

Rajendran, a resident of Uppuveli, is a retiree who has opted to use his free time to navigate canoes for a nearby resort. Speaking to The Sunday Morning, he noted that the overall development of the city is at a very satisfactory level. However, he stated: “Following the pandemic, there is an increase in checkpoints in many parts of the province, and this is creating a certain sense of stigma in the community.

“There have been many parliamentarians who have got elected to Parliament from the Trincomalee District, but not many of them have looked into improving the road network out of the main highways. All we have got from them are false promises. They say they will fix our roads, but after they go to Parliament, they neglect the community that voted them in.”

While we were at Okanda, we spoke to Jayakumar, who had come to the Murugan Kovil for a pooja. He had come to Sri Lanka on holiday just a week before Sri Lanka announced its airport closure due to the Covid-19 pandemic.

“I am unable to return to Qatar as I got stuck in Sri Lanka. I have now lost my job there as well. My hope is that the parliament that gets elected will be able to find a solution for the returning Sri Lankans who are asked to voluntarily resign, given the imminent global economic collapse. I have a family and I have to find a job to match my skills.”

In the weeks to come, we will hear more stories like Jayakumar’s from the returning Sri Lankan migrant workers who are bound to lose their jobs as they return.

The next Parliament that gets elected will have to do much work to ensure that the country is geared to bounce back from its stalled development. 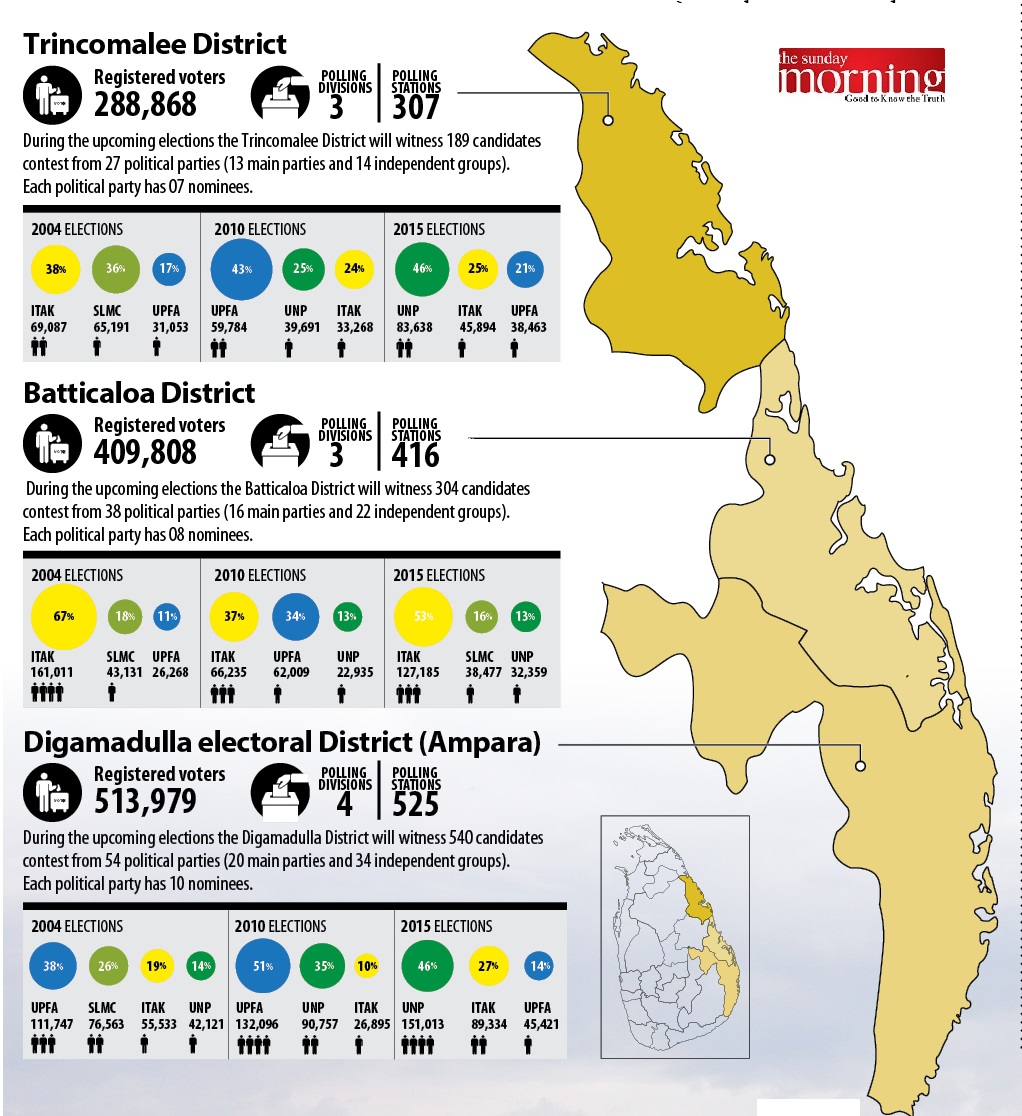 We have won the hearts of the people 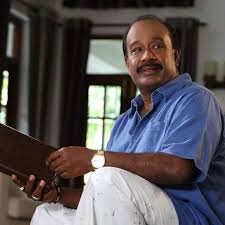 They are also very pleased that the President is taking stern measures to put an end to drug and illicit alcohol abuse and that he is putting his manifesto to action, unlike previous leaders. The people are also eagerly waiting to see the restoration of the Kantale Sugar Factory as it would generate a considerable amount of job opportunities for the people of the Trincomalee District. Fishing, farming, and industry workers in the region face many issues due to the lack of infrastructure development in the region, and the SLPP is looking at addressing these.

We are also looking at establishing a technical college in the District so that the youths in the region get the technical knowledge to work in the various industries to be developed in affiliation with the port, airport, cement factory, and fisheries industry.

Youth unemployment and drug abuse need to be addressed

The primary objective is to reduce poverty in the District and to control the circulation of narcotics in the region. The District has faced many natural and manmade disasters as well as the terror attacks, which have hindered any rapid development in the area. What I have observed is that the uplifting of livelihoods is not addressed in Parliament, especially for the people of the East. At the time I was the portfolio Minister for Disaster Management and Rural Economic Development, I contributed a lot to alleviate poverty for the people of Batticaloa.

As politicians that get elected to Parliament from the Batticaloa District, we are also keen on inviting investors to set up institutes that would open up tech-based employment opportunities for the youths. That way, we will be able to retain the young workforce within the District and allow them to contribute towards the economic development of the area.

All political parties need to look at curbing unemployment and drug abuse.

The people of Batticaloa are in dire need of community and economic development programmes as over 30,000 families are living in poverty. During my tenure as the State Minister of Samurdhi, I proposed that the Government establishes vocational training centres in the District, so that the youths would be able to learn skills that could be useful to secure jobs in the apparel sector. We need to also look at programmes that would encourage all ethnic groups to work in unity and reduce the deep-rooted ethnoreligious segregation that has been in the region for decades.

In addition, we need to look at establishing programmes that empower female-headed households to continue their self-employment.

President’s takeover of the Police to face repercussions

January 6, 2019 bythemorninglk No Comments
President Maithripala Sirisena’s decision to take over the Police is to face repercussions on the human rights front.

May 24, 2020 bySarah Hannan No Comments
Although the Government seems to be positive that the industry can get moving from July onwards, inbound tour guides and ticketing agents are sceptical.