EC employee on US payroll ? 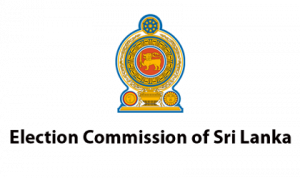 United People Freedom Alliance (UPFA) Matara District Parliamentarian Kanchana Wijesekera claimed that an individual identified as Vasu Mohan was working at the Election Commission and that he was funded by the US Government.

According to Wijesekera, Mohan was employed at the Foundation for Electoral Systems (IFES), an organisation which was funded by the US State Department.

He alleged that IFES was involved in software updates and computer repairs at the Election Commission.

However, Director General of the Election Commission Saman Ratnayake stated that Mohan was not involved with the work of the Commission.

“Mohan is working at IFES and he is a Sri Lankan. His parents are also living in Sri Lanka,” he said. “The computer system of the Commission was given to us by USAID and Mohan had supported that and had been working closely with the Commission even before 2004.”

“Mohan is not involved with the Commission work but is supporting the conducting of technical workshops for the employees,” he added.

August 18, 2019 bythemorninglk No Comments
The Police are unable to conclude investigations on several high-profile cases due to red tape and administrative bottlenecks rendering the Attorney General’s (AG) directives unenforceable.

June 23, 2019 bythemorninglk No Comments
Talks between Japan and Sri Lanka held last week on ending a stalemate over Phase III of the Central Expressway Project (CEP) ended in deadlock, The Sunday Morning learnt.