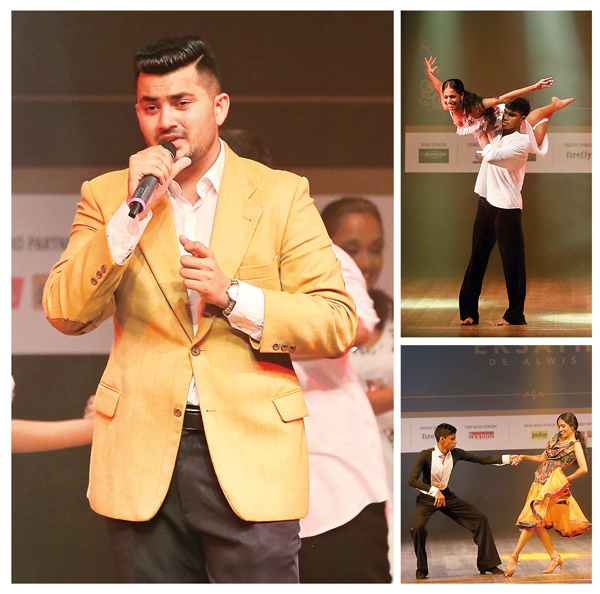 The night of 10 September marked a memorable time to most who found themselves at Lionel Wendt Theatre to witness the swift change from when Eksath wasn’t a known name to it now being echoed the “Sri Lankan Michael Bublé” in the halls.

This concert marked Eksath’s very first live solo concert consisting of classical songs handpicked by himself, making him one of the very few in his generation to fill a concert with the classical sounds of song.

The night began with Eksath’s humble personality taking over the stage and him dedicating the first few songs – Take My Hand Precious Lord, God on High, Green Green Grass of Home, and Sway – to Lord Jesus Christ as well as his grandmother.

The next lineup was on the lines of “love in the air” while Eksath sang a series of love songs such as Can’t Help Falling in Love, Man Without Love, Wonderful World, The Way You Look Tonight, Killing Me Softly, One Pair of Hands, and Can You Feel the Love Tonight. The audience surely felt the love.

Finally, for his last few songs, Eksath single-handedly took his audience on an upbeat run by singing I’m Feeling Good, It’s Now or Never, My Way, and Delilah, which then ended with a house full of applause and the crowd shouting for “one more”, to which Eksath kindly obliged and sang Piano Man and ended the night.

To make the night even more memorable, the ADC Dance group headed by Antonio Fernandez danced for most songs, making each song more lively and heartfelt.

The Sunday Morning Brunch asked Eksath as to how this idea of a concert was born. “This was Mr. Ishan’s concept. He wanted all of his students to have a concert of their own at some point, and this is the first solo concert held for one of his students.”

Being Eksath’s very first concert, from the beginning to the end, it was quite easy for the audience to spot the massive dedication and effort that was put into making the night a success by both Eksath and his backstage team. The concert was initially scheduled to be performed in May, but due to the past conditions Sri Lanka underwent, the event had to be postponed. The classical musical concert was etched into most of the audience’s hearts by the choice of songs played and Eksath’s unique voice serenading the audience to the beats. Everyone went home with memories of a night to remember.

Do you know what’s growing in your garden?

November 25, 2018 bythemorninglk No Comments
Gardening is the preferred pastime of many, but do you know exactly what you are growing in your lovingly curated garden?

May 15, 2019 bythemorninglk No Comments
transmitted infections (STI) are a group of contagious diseases which can be transmitted via unprotected sexual intercourse with an infected partner. The partner may not even know his/her status