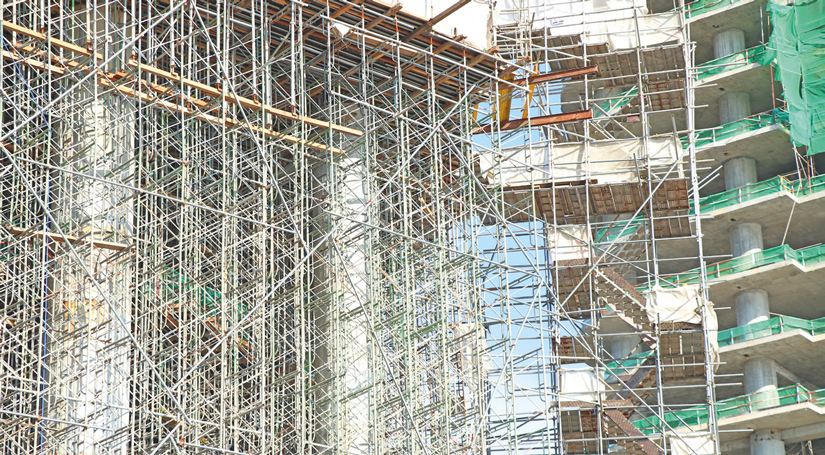 Sector braces for inactivity till mid-2019

The upcoming presidential election is expected to exacerbate issues faced by Sri Lanka’s already struggling construction industry and drag them into the middle of 2020, according to the Chamber of Construction Industry of Sri Lanka (CCISL).

CCISL President Eng. Maj. Ranjith Gunatilleke told The Sunday Morning Business that this challenging period may extend even further depending on the outcome of the election.

The industry has started to witness the impact of the election already with little or no investments coming into the industry while developments are being undertaken at snail’s phase.

“The industry is not doing well already and the election would worsen it. Every developer is waiting until the election ends,” Gunatilleke noted.

According to Gunatilleke, the election will have a severe impact on small and medium-scale construction companies that are on the verge of bankruptcy, in the face of mounting financial troubles aggravated by the aftermath of the Easter Sunday attacks.

In August, Gunatilleke told The Sunday Morning Business that small and medium-scale construction companies are burdened with multiple issues which could lead to these companies closing down soon unless the Government addresses their concerns swiftly.

According to Gunatilleke, the lack of a national economic policy, payment delays on government projects, and the rejection of requests for a construction sector debt moratorium following the Easter Sunday incident have devastated the financial position of the companies.

An NCASL official, who wished to remain anonymous, noted that therefore, these companies are finding it really difficult to pay salaries as well as to settle bank loans.

The Sunday Morning Business spoke to few small and medium-scale construction companies to know the status of their financial performance.

Sam Dam Engineering and Constructions (Pvt.) Ltd., a medium-sized company, Director of Operations Sudam Pravinda Wijayasiri told us that the Government has to settle payments for long-completed projects, as any further delays could push small and medium-scale companies to bankruptcy.

A few weeks after the Easter Sunday tragedy, CCISL, the construction industry representative body, requested the Government for a one-year debt moratorium to ensure its sustenance amidst mounting financial troubles.

A month later, Finance Minister Mangala Samaraweera said that he would not consider this request as the construction industry had not been sufficiently affected by the Easter attacks. However, he added that he was open to a discussion on general issues the industry is facing, which were unrelated to the attacks.

Govt. to save Rs. 3.5 b annually through Eppawala

May 17, 2020 byCharindra No Comments
The Government is expecting to save over 50% of the money spent annually on fertiliser imports by locally producing a substitute to the currently imported triple superphosphate.