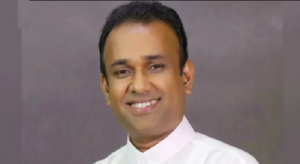 The Government has refused to step down from its proposal to increase the daily wage of plantation workers to Rs. 1,000 by March and has sought to reach a consensus with regional plantation companies (RPCs).

Minister of Plantation Industries and Export Agriculture Dr. Ramesh Pathirana, speaking to The Sunday Morning, stated that the RPCs had been shown the economic reliefs the Government had provided during the last few weeks, including reduction of Value Added Tax (VAT), Nation-Building Tax (NBT), and removal of economic service charges.

“We have requested the RPCs to show the reduction in their cost structure. Apart from that, the Government is also providing fertiliser subsidies as well. Increasing the minimum wage to Rs. 1,000 for estate workers is a policy decision the Government has made, considering their socioeconomic conditions. Therefore, we are duty-bound to increase their wages to Rs. 1,000. If the RPCs are able to increase beyond that minimum amount, it would be much better,” Pathirana explained.

The Government has meanwhile informed the RPCs that for an interim period of one year, it is willing to share the cost and the burden, for which the RPCs are required to come up with a strong proposal.

“The RPCs have so far suggested several options of sharing the profit and implementing a system to offer a productivity-based incentive to the workers. However, these suggestions need to be included in the proposal and we will take all these suggestion into consideration to arrive at a long-term solution for the wage issue,” Pathirana elaborated.

The Ministry at present is holding discussions with the RPCs and have requested the workers to also voice out their concerns: “The workers and trade unions too have to suggest how they would improve productivity. It is a multifaceted approach where productivity needs to improve, RPCs will also have to ensure that they replant as a significant section of the plantation lands are neglected at present.”

The Government is of the view that the estates are in fact turning a profit and there are several identified financial issues that need to be addressed. The Government is ready to provide the required facilities to the RPCs provided that they are ready to increase the wages of the workers and address their management issues.

“We are looking at reaching a consensus by the end of February and hope to increase wages from March onward,” the Minister opined.

October 1, 2019 byTSM Web Desk No Comments
The term of the Presidential Commission of inquiry(PCoI) probing into corruption in State institutions has been extended to 31 Oct.

Karannagoda questioned by the CID again

March 19, 2019 byEaswaran No Comments
Former Navy Commander, Admiral Wasantha Karannagoda was questioned for over four hours by the Criminal Investigation Department (CID) today regarding the disappearance of 11 youth in Colombo.