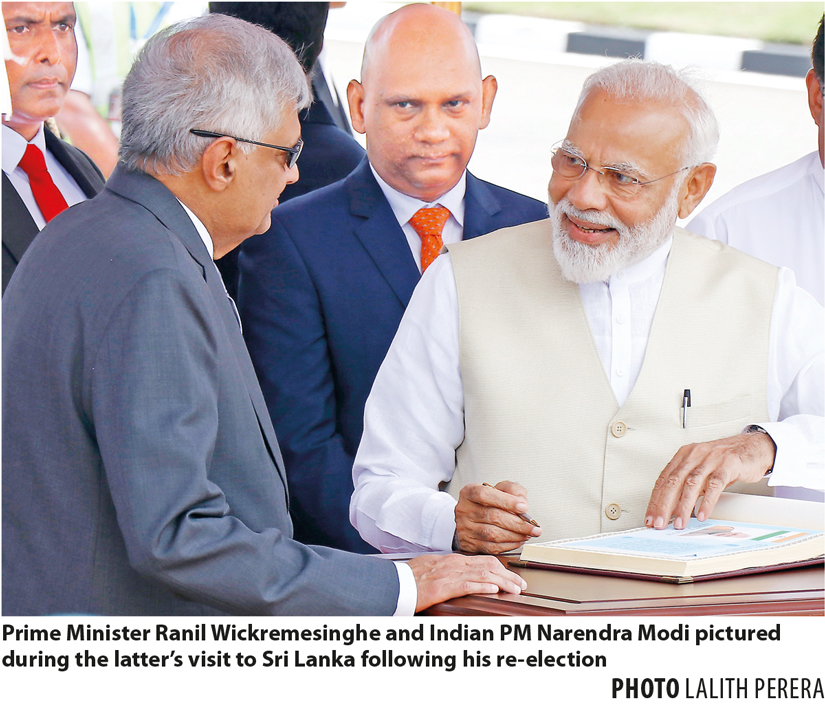 ETCA talks to resume next month after 11-month break

After a gap of nearly a year, the Sri Lankan Government decided to proceed to the next round of negotiations on the Economic and Technology Co-operation Agreement (ETCA) due to interest from the Indian authorities, The Sunday Morning Business reliably learnt.

Accordingly, the 12th round of discussions is likely to take place during the first half of September, although the exact date is yet to be confirmed by Sri Lankan authorities, following a meeting with Sri Lanka’s National Trade Facilitation Committee (NTFC) and the Ministry of Development Strategies and International Trade this week.

The negotiations were on hold since October 2018, owing to a number of unexpected developments in Sri Lanka such as the constitutional crisis in October 2018 and the Easter Sunday attacks as well as the 2019 general elections in India, which was held over seven phases from 11 April to 23 May this year.

Two weeks after registering a landslide victory in the elections, Indian Prime Minister Narendra Modi visited Sri Lanka on an invitation extended by Sri Lankan President Maithripala Sirisena, but sources indicated that the ETCA had not been a topic of their discussions.

The resumption of ETCA negotiations will take place parallel to a feasibility study to be conducted by Sri Lanka, which will be based on the proposals and findings produced through the 11 rounds of negotiations already concluded.

Last month, officials from the Ministry told The Sunday Morning Business that the Sri Lankan Government would not resume ETCA negotiations until this feasibility study was concluded, as the decision on whether to proceed to the next round would be based on its findings.

However, the Ministry last week told us that the feasibility study would not have any impact on the negotiations and that its findings will be required and studied only before the signing of the ETCA.

Four bidding proposals have been received to conduct the feasibility study and an evaluation committee headed by Ministry of Development Strategies and International Trade Additional Secretary W.A.D.S. Gunasinghe is in the process of evaluating proposals received from bidders, and a competitive bidder will be selected soon. The tender proposals had been called from 3 to 24 June.

Upon confirming a bidder, the awarded bidder has to sign an agreement with the Ministry of Development Strategies and International Trade before commencing the study.

The feasibility study will be conducted in five phases, spanning a maximum of seven months. During the first phase, an inception report has to be prepared within 14 days after the signing of the contract. Subsequently, the first draft report, second draft report, final draft report, and final report have to be compiled within 120 days, 150 days, 180 days, and 210 days, respectively, after the contract is signed.

Following the compilation of the final report, the study will be submitted to the Cabinet of Ministers for their information.

It should be highlighted that following the 11th and latest round of ETCA negotiations in October 2018, the Ministry forwarded proposals and findings of all 11 negotiations to the Department of Commerce to compile a feasibility report, and the report was to be submitted to the Cabinet of Ministers by mid-March this year.

However, due to unknown reasons, the Department of Commerce’s feasibility study report reached neither the Ministry nor the Cabinet of Ministers even in mid-May, and the Ministry called tender proposals to conduct feasibility studies on all pending free trade agreements (FTAs) including ETCA in June this year.

ETCA faced heavy opposition from professional bodies over the past few years on the grounds that Sri Lanka’s skilled labour force would be relegated to a second choice with preference given to Indian workers. However, several economists have pointed out its benefits, which include its potential to address Sri Lanka’s skills shortage.

March 11, 2019 bythemorninglk No Comments
ICTA has developed two apps which are set to redefine how tourists experience Sri Lanka's history and culture.

October 26, 2019 byPubudu Chinthaka No Comments
The Sri Lanka Institute of Tourism & Hotel Management (SLITHM) has expressed interest in establishing a hotel school around the newly opened Jaffna International Airport to train more students in the