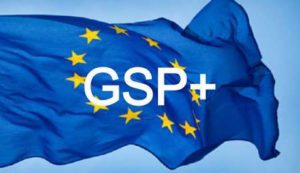 EU Generalised Scheme of Preferences Plus(GSP+)  concession regime will continue to be applicable for Sri Lanka’s exports to the UK following Brexit on 31 January 2020 until the end of the transition period on 31 December 2020, UK Minister of State for International Trade Conor Burns has said.

Burns has made these comments during a meeting with Senior Advisor on Economic Affairs to the Prime Minister of Sri Lanka Ajith Nivard Cabraal this week.

Minister Burns has added that the UK intends to introduce an independent trade preference scheme after 31 December 2020.

The European Union (EU) last week reassured that it will continue the GSP+ concessions to Sri Lanka till 2023.

However, in a twitter message following news reports on the extension, EU said the EU GSP+ was not “automatic”.

The EU added, “GSP+ is granted only if there is continued and effective implementation of 27 international conventions, related to human and labour rights, environment and good governance. The EU monitors this implementation closely.”

“Please give me another chance” – Royal Park murder convict

November 14, 2019 byEaswaran No Comments
Royal Park murder convict Jude Shramantha Jayamaha has appealed for a second chance saying he never intended to harm anyone and that he was ashamed for what has happened.