June 3, 2020 by Dimithri Wijesinghe No Comments

The Bathiya and Santhush (BnS) drive-in concert was held on 30 May and 1 June at the Ratmalana Airport. The show featured guest stars Umaria, Wasthi, and Yohani backed by Infinity.

The Monday show, which was originally scheduled for 31 May, had to be postponed due the curfew imposed on Sunday. However, the event went rather smoothly despite having to change things up so suddenly.

In a world where a pandemic is at large, we have been living a needs-only lifestyle where wants and luxuries, particularly entertainment, have been made secondary.

However, it is understood that a society cannot function on stress-fuelled desperation, and having identified the need for relief and escape we have been seeing in certain parts of Europe and throughout the US, this concept of drive-in concerts popped up, allowing people to enjoy live music while also continuing social distancing.

The BnS drive-in concert comes at the perfect time, and since the coronavirus pandemic has brought an end to large public gatherings, this event will mark the 11th such gathering globally and the very first in South Asia, allowing people to experience what was a semblance of normalcy, and those who attend will be contributing to a great cause as the proceeds from the show have been pledged to the “Iitukama” foundation.

Bathiya Jayakody, speaking to The Morning Brunch, shared that it was not a simple task and the reason why this was ever even achieved was due to the immense support of their partners. Adding also that this is still very novel, he said in two weeks’ time, they would have to discuss with the Ministry of Health which will then give them the report with regard to the two shows. 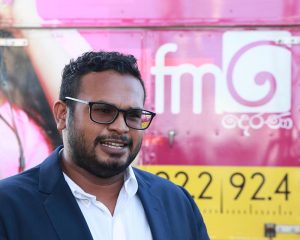 We were told that after the report comes through and if the results are favourable, it is likely that some other shows may be arranged, possibly in the Bandaragama track as well as in Anuradhapura.

Inura Jayasuriya, who  compèred the event, stated that open air concerts are usual for the country but it is business as unusual. “To have a horn instead of applause for an artist, and where you used to use your phone lights you now use flashlights of your car – it is all so exciting. It has been a very long break for the whole entertainment industry. It has been a very difficult time and everyone has been wondering what is next. And then BnS said we have to do this industry right and get it on track,” he said. 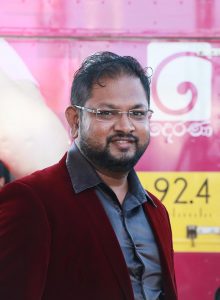 We then spoke to Dinusha Piyadasa, who also compèred the event, stated that this will be a symbol of change for the Sri Lankan entertainment industry. Dinusha added: “This drought due to the pandemic has affected not only the artists – you have lighting, sound, stage hands, all deeply affected and this is a really good start for all sectors related to this field. One other thing is that this has conditions, there are rules to adhere to, unlike the shows that you would have gone prior to the pandemic. We have all sorts of professionals, PHIs (public health inspectors), and even the Auto Miraj personnel on standby.”

The rules Dinusha is referring to here are the strict regulations enforced during the full run through of the concert. Drinking alcohol and smoking was strictly prohibited and the audience was reminded of this at regular intervals for their own safety as the area has been deeply sanitised and the chemicals used are highly flammable, therefore posing a high risk of causing a fire if you simply light up a cigarette.

Audience members were encouraged to enjoy the show, roll down their windows, and make noise. However, they were also instructed to have their masks on at all times and were absolutely prohibited from stepping out of the vehicle. Furthermore, Air Force and other security personnel were stationed to ensure people followed through.

The Morning Brunch was fortunate enough to catch the Monday show, and while it was scheduled for 5 p.m., the vehicles were all lined up well before that. Meanwhile, the band Infinity arrived around 5.45 p.m. and played a few sets to get the crowd warmed up.

The hot sun glaring down on the airport hangar while having masks on was not fun, but as the evening rolled and the sun set the atmosphere, it got a lot lighter and things really got going.

The show was like any other BnS concert – there was a lot of attractive pyrotechnics, the music was great, nostalgia inducing with some new music woven in, etc. The artists truly performed their best and the energy was fantastic; the newer artists such as Yohani and Wasthi were very well received.

It did take a little getting used to whenever BnS yelled “everybody say beep beep”, which was hilarious, but the beeping horns and flickering flashlights created a very jovial atmosphere.

As the show went on, we were wondering if the crowd would get a little unruly, maybe try to break a few rules, but for the most part they did not; they followed through and the worst anyone did was get up on the roofs of their vehicles, which was allowed as long as they had their masks on.

Since it is the last night of performance, we spoke to the artists who performed to share in their experience in the two nights because even though they have done open air concerts, this would have been a new experience. 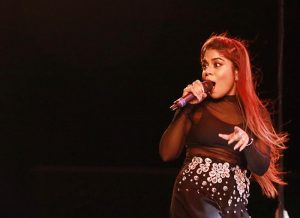 “This was definitely a new experience. This is history for the first time in Southeast Asia, so I am honoured to be a part of this and it felt amazing. And even though the interactions are not the same as we are used to, the audience is great and they are having a great time. The energy is great; this combined energies of the artists and the audience is way up there – it’s an explosion! Very grateful to have been born in this era and to be a part of something great.” 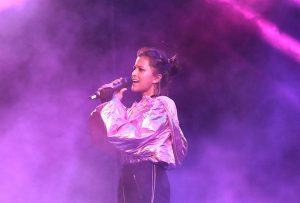 “It’s amazing! The first time I did the show on Saturday, it took a little getting used to because the crowd – they are really far away, but once you get used to it, it’s really great. I think this can definitely be a good alternative for sure; even if the corona situation was not there, this would’ve been a really cool thing to have and experience.” 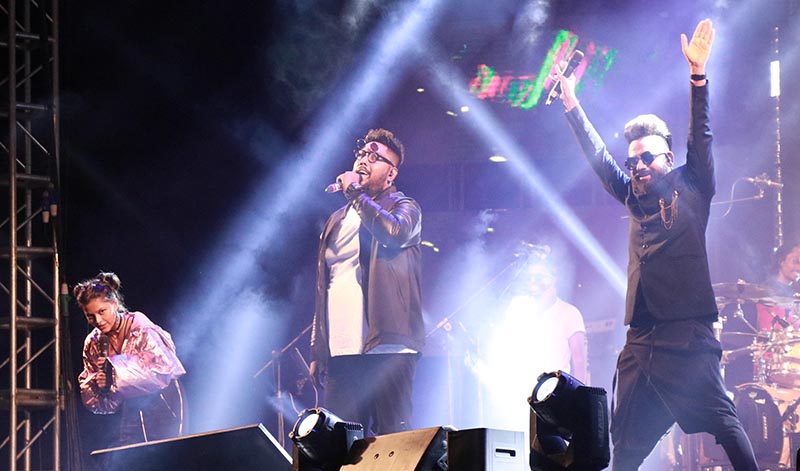 Restart Sri Lanka has been organising this for the last two months and I think it was a great success. We are happy to be a part of it and as for the experience with the show itself, usually it’s quite easy to gauge the crowd, but this new way of showing their applause and appreciation with the headlights and horn toots was so fresh! I really enjoyed it; the first day itself was amazing and this was just as good if not better.

We spoke to a number of guests who were enjoying themselves at the show, many of whom were there with their entire families and others there with their friends. The majority of those in attendance expressed how grateful they are that such an event was made available considering that the past few months have been “hellish”. They hope such events would continue so that their children do not have to live in constant fear and tension and that they can attempt to lean back into the “new normal”. 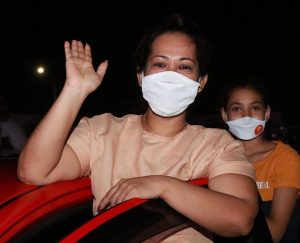 “I came with my whole family and it has been a very, very long time since we got to have a chance to have fun like this. We actually had to do some rushing to get out tickets because day before yesterday it was announced that the tickets were sold out and we were very disappointed but we wrote messages everywhere – on MyTickets.lk – to share if there were any tickets, and we found out about some tickets for this second show and it was such a relief.” 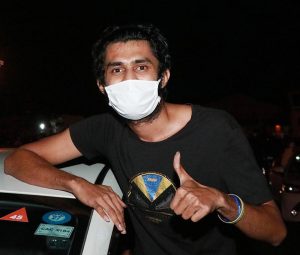 “The last few months, we were all living under a lot of stress; there has been some huge tension we have been bearing, and this is such a great help to relieve some of that pent-up stress. It is a new concept for us and we are glad for it.” 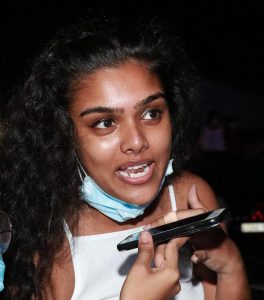 “I think it is really nice what Bathiya and Santhush have done over here. We are having a really good time, and it is good they also used this platform to bring new artists and have us all enjoy their music. The music was also so diverse; I am here with my boyfriend, my best friend, and my sister and we are really having a good time.”

There were those who shared that it was a shame that they could not look to their neighbour and smile, but they always suffixed it by saying it is a small price to pay and you smile from your eyes anyway, adding that they are fortunate to enjoy such luxuries while a pandemic is very much at large.

How much is that doggy in the window ?

October 22, 2019 byThe Sunday Morning No Comments
A topic of interest these past few days has been animal cruelty that arose due to the recent elephant deaths.