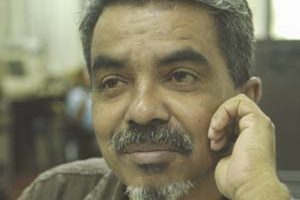 Evidence hearing with regard to journalist Prageeth Eknaligoda abduction case has been scheduled to commence on 20 February.

The case was taken up today before the Permanent High Court Trial-at-Bar.

Deputy Solicitor General Sudarshana de Silva representing the Attorney General submitted a report on the data records of ten telephone numbers that were previously pronounced as evidence of the case.

The Court announced that these data records be made available for defence as well.

Silva further informed the court that more details pertaining to the data records will be submitted before 20 January.

Subsequently, the Court ordered to take up the case on the 20 of January to make sure that everything is put in place to commence hearing of evidence on 20 February.

The Attorney General has indicted seven defendants including Lieutenant Colonels Shammi Karunaratne and Prabodha Siriwardena over the abduction of journalist Prageeth Eknaligoda.

Eknaligoda, who was a cartoonist, political analyst and journalist, was reported missing on January 24, 2010, two days before then-presidential election.

Cinemas to reopen from 27 June under strict guidelines

June 19, 2020 byTSM Web Desk No Comments
The Government has given the go ahead for Cinemas to reopen from 27 June under strict guidelines.

June 9, 2020 byTSM Web Desk No Comments
The Ministry of Education announced a short while ago that Schools will reopen under 4 stages.