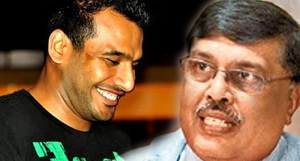 Thajudeen was murdered on the 17 May 2012.  His remains were found in the passenger seat of his charred car near Shalika Grounds.

In February 2015, following a change in government, the Police announced that Thajudeen’s death was not accidental and that the investigation had been handed over to the CID.

Dr. Samarasekara was assigned to conduct the postmortem examination on Thajudeen’s body, but he had not actively taken part in the procedure and handed over the responsibility to two of his junior medical officers.

Attorney General’s Department pointed out that the accused had intentionally removed some bone fragments from the body, which were vital for the proceedings of the investigations, after instructing that it be sent to his office following the post-mortem inquiry.