Ex-Tigers urge US to lift ban 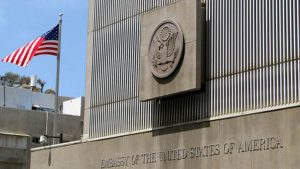 A group of former LTTE cadres have met officials of the US Embassy in Colombo and urged them to lift the ban on the LTTE in the US.

The Crusaders for Democracy (CFD) had talks with a US Embassy delegation in Jaffna on Friday during which the request was made.

The CFD consists of former LTTE cadres who have been rehabilitated and are now in active politics.

Ganeshalingam Chandralingam alias Thulasi told The Sunday Morning that they discussed several matters with the US Embassy officials on Friday.

He said that the talks focused on the issues faced by the Tamils in Sri Lanka and other related matters.

Thulasi said that during the talks, the CFD emphasised the need to fully implement the 13th Amendment to the Constitution.

“We noted that India, the US, and Sri Lanka must ensure the 13th Amendment to the Constitution is somehow fully implemented,” he said.He also noted that since the end of the war, the LTTE has not engaged in violence, be it in Sri Lanka or any other country.

As a result, the CFD urged the US to consider lifting the ban on the LTTE.

The LTTE is listed as a terrorist organisation in the US and several other countries.

The main concern is that the LTTE overseas network is still active and that the ideology is still alive.

October 22, 2018 bythemorninglk No Comments
The Navy defended the decision to acquire used ships from other countries saying they have always served its purpose.

January 16, 2019 byThe Sunday Morning No Comments
The United States and Sri Lanka had key talks in Washington focused on the developments in Sri Lanka following the political crisis.