Executive president vs. executive PM : The 19A conundrum

As Sri Lanka prepares to elect its next president on 16 November, legal experts noted that under the 19th Amendment (19A) to the Constitution, the next prime minister and Parliament will have more powers than the president. 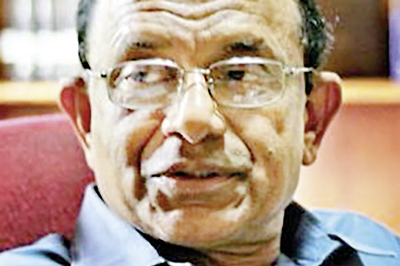 Constitutional law expert MP Dr. Jayampathy Wickramaratne told The Sunday Morning that the new president will not be able to hold any ministries, which means the ministries the current President is holding, including the Ministries of Defence and Mahaweli Development and Environment, would also need to be assigned to other members of the Cabinet.

As a result, the real battle is not between presidential candidates Gotabaya Rajapaksa and Sajith Premadasa, but between the next prime ministerial candidates.

Dr. Wickramaratne, explaining the outcome of 19A, said: “There would continue to be two to three competing centres of power, which was not the original intention of the 19th Amendment. Of course, the original 19A draft that was considered and approved by the Cabinet provided for much more powers to be given to Parliament. But those powers were pruned down.

“The pruning down of executive powers of the president was never changed. They were reduced because of opposition from the President’s party and the Opposition. That is of course understandable because the Government decided not to hold a referendum. But it underwent a number of changes. Today, you have these competing centres of power which is of course not good,” he continued.

He explained that there will continue to be two competing centres of power unless the executive presidency is completely abolished.

“Compared to what it is now, Parliament will be stronger. But the president will remain the Head of the Cabinet and the Presidential Secretariat will continue to be quite powerful, as it is now. The future president would also be able to influence the members of Parliament through the Presidential Secretariat. Even if both the president and prime minister are from the same party, there can still be two centres of power,” he added.

Highlighting why there weren’t two centres before 19A, Dr. Wickramaratne stressed that when D.M. Jayaratne was the Prime Minister under Mahinda Rajapaksa or D.B. Wijetunga under R. Premadasa, they didn’t become centres of power because they didn’t have power.

“Now it’s different. It is not healthy for the Government. It is something both (Dr.) Colvin (R. de Silva) and Dudley (Senanayake) opposed during the 1972 constitutional assembly when JR (Jayewardene) proposed the executive presidency. Colvin made this famous remark that there should be no competing centres of power at the apex of the State. Dudley also said the same thing. He said this may work in developed countries like the US and France where there are different political cultures and safeguards.

But the situation before 19A was different. The executive presidency established by the Second Republican Constitution of 1978 transplanted. It took the executive powers of the prime minister under the earlier constitutions and gave it to the President, in addition to his position as the Head of State. These powers are all-encompassing.

Then, the president is the Head of State, Commander-in-Chief of the armed forces, and Head of Cabinet. He can prorogue and dissolve Parliament at will any time after a year from his election. He can appoint any number of ministers into his Cabinet from among the members of Parliament.

He appoints the governors of provinces. He also appoints the service commanders, judges of superior courts, commissioner of elections and auditor general, attorney general, secretary general of Parliament, and a host of other officers who hold the most vital positions in government.

However, the executive presidency was subjected to too much criticism, especially after the 18th Amendment to the Constitution was passed by removing the sentence that limited the re-election of the president.

January 23, 2019 bythemorninglk No Comments
The Government’s failure to fill important vacancies at state institutions has come home to roost.

June 3, 2019 bythemorninglk No Comments
The military has been deployed to protect Wilpattu National Park as the clearing of land continues around the area to resettle families.