Extremism under the cover of religion 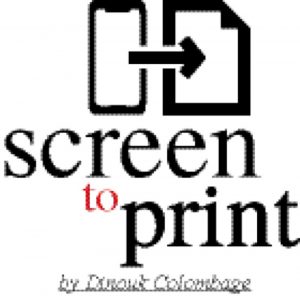 Sri Lanka has had an unpleasant history of communal tensions dating back to pre-independence. After numerous racial riots, including the infamous 1983 Tamil pogrom and a three-decade-long civil war, society is no stranger to racial disunity.

This past week, a video went viral on social media of the Chief Prelate of the Asgiriya Chapter, Ven. Warakagoda Sri Gnanarathana Thera, who launched a tirade against Muslims in Sri Lanka. The Buddhist monk called on the Sinhala public to not patronise Muslim establishments, and while saying he did not call for the stoning of Muslims, he agreed that it was what should be done.

The remarks drew the ire of many social media users with many rushing to condemn his statement. It is heartening to note that several prominent Sinhala politicians from the Government were also quick to voice their opposition to the statements. However, while the greater majority of the public has remained silent on these comments by the senior priest, there is a large section who has taken to promoting his speech with great vigour.

Facebook sites have been flooded with people reposting the video while also urging others to listen “to the teachings” of the thera.

It is ironic that only two weeks ago, Ven. Gnanarathna Thera presided over a meeting with the Muslim MPs who had resigned from their ministerial portfolios citing the threat of further communal riots. Following this meeting, the Anunayake of the Malwatte Chapter, Ven. Niyangoda Vijithasiri Thera, stated that they had urged the MPs to return to the Government and resume their ministerial duties.

In the weeks following the Easter Sunday terror attacks, the tension between the religious communities in the country has been on edge. Shortly after the attacks, His Eminence Malcolm Cardinal Ranjith told the media that he was urging the Government to identify the perpetrators of the terror attacks and “punish them mercilessly because only animals behave like this”.

The comments by the Cardinal took many Catholics by surprise, with some taking to social media to voice their opposition to his promotion of violent retribution. His aggressive approach continued with the Cardinal visiting National List MP Ven. Athuraliya Rathana Thera during his fast unto death following his demand that several Muslim representatives resign. The fast by the Buddhist monk had sparked protests around the country and eventually led to all Muslim ministers and deputy ministers resigning, citing fear of further riots.

While extending his support to Ven. Rathana Thera, the Cardinal continued to attack the Government, accusing them of handing over the country to foreign powers. His political rhetoric served only to further enrage the crowds, which threatened to spill over into further violence.

With emotions running high, the Cardinal’s support for a violent response to the terror attacks was devoid of greater opposition. Those factions which were supportive of a divisive stance in the country chose to promote his statements, which promoted anger and suspicion rather than unity.

Since the end of the war in 2009, the then government chose to bury the idea of extremism existing in the country, turning a blind eye to the rise of groups such as the Bodu Bala Sena (BBS) and the Ravana Balaya that promoted anti-Muslim sentiment. Even in 2014, when anti-Muslim riots erupted in Aluthgama, both the public and the government continued to exhibit a sense of indifference towards the re-emergence of extremism. The situation was made worse by the fact that the acts of communal violence were being propagated by individuals belonging to the Buddhist clergy. With their involvement, the politicos chose not to openly criticise them.

Following the terror attacks in April, a Parliamentary Select Committee (PSC) was appointed to investigate the reason why the security forces failed to prevent it. According to media reports, President Maithripala Sirisena had been made aware of the threat of extremist groups consolidating their position in the Eastern Province in the madrasas.

However, yet again, the Head of State chose to turn a blind eye. It was only after the attack that the Cabinet, which had been kept in the dark over national security matters, took the decision to expel all foreigners including teachers who were in the country illegally.

The damage was already done with the politicos once again being accused of refusing to address the issue of rising in the Eastern Province out of misplaced fear that they would lose the vote of the Muslim community.

This is not the first occasion that Sirisena had chosen to ignore the hard-line factions in the country. In May this year, the President controversially issued a presidential pardon to Ven. Galagoda Aththe Gnanasara Thera, a firebrand Buddhist monk who has continually promoted an anti-Muslim stance.

Politicians around the world are swayed by public opinion. As has been the case in Sri Lanka, politicos and the clergy have gone hand-in-hand since the 1950s, with many prominent leaders actively exploiting the religious base for votes.

It is then not surprising that politicos often choose to remain silent on the actions of the clergy, fearing an electoral backlash. The public, however, does not suffer from such restraints, and in fact, have the power to sway the opinions of the politicians.

With such power in their hands, the attention now must turn to the public in the battle against extremism. Political tirades such as what has been seen from the Asgiriya Chief Priest and the Cardinal are only strengthened through the silence of the public. As the country faces the potential of a rise in extremism under the guise of religion, the public must take the initiative and demand accountability on the part of the clergy.

Do right by the nation

August 4, 2019 bythemorninglk No Comments
The search for presidential candidates is now in full swing. The main parties are busy negotiating alliances with lesser known parties in order to secure the compulsory 50% plus 1 of the total vote

A game of political brinkmanship

November 25, 2018 bythemorninglk No Comments
The politicking that has been taking place for nearly one month is still continuing amidst the danger of reaching a disastrous end for the nation and its people. Once the adrenaline rush settles after