Factories in the North: To be reopened: Minister

November 27, 2020 by Nethmi Liyanapathirana No Comments

A number of closed factories in the Northern Province will be reopened in the near future, Minister of Industries Wimal Weerawansa announced. 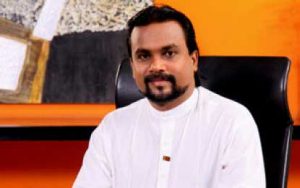 This reopening programme will provide employment opportunities for nearly 2,000 people, he pointed out.

The Minister made this announcement speaking to journalists in Eravur.

“We are now reopening a number of factories that had been shut down in the North. This will largely provide answers to employment issues in the province. There are also plans to set up a garment factory,” he said.

March 11, 2020 byTSM Web Desk No Comments
Transparency International Sri Lanka (TISL) wrote to the Director of the Serious Fraud Office (SFO) in the UK on 6 March 2020, posing a series of queries pertaining to Sri Lanka's entitlement to compe

Decision on appointment of new IGP to be taken today

November 23, 2020 byMihi Perera No Comments
The Parliamentary Council is scheduled to meet today (23) to discuss the appointments and several issues including the new IGP's appointment.