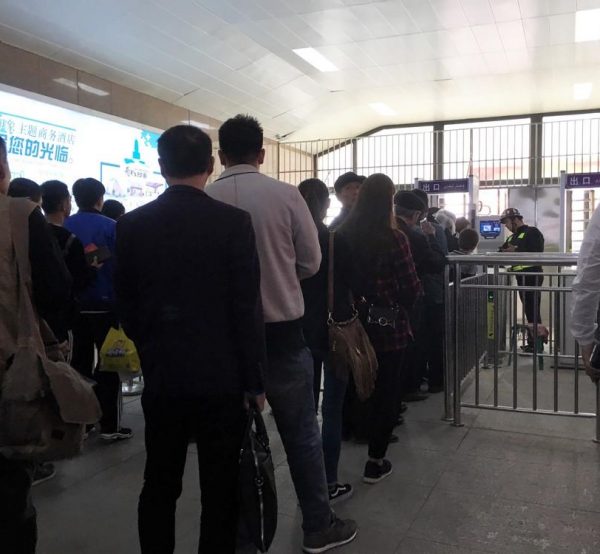 Fears are growing over a Chinese infiltration of Sri Lanka by way of Chinese intelligence officers, especially after the Easter Sunday attacks.


The Sunday Morning learnt that both the US and India are concerned that Chinese intelligence officers are spying on US and Indian interests in Sri Lanka.

The Chinese strengthened their presence in Sri Lanka during the Mahinda Rajapaksa regime, especially after the war.

It is no secret that China assisted Sri Lanka to defeat the LTTE and intelligence gathering and sharing was believed to have been one form of assistance provided to the then Sri Lankan administration.

During post-war Sri Lanka, the Chinese cemented their presence in the country by funding major development projects, including the Port City in Colombo, the Hambantota Port, the Mattala Airport, and highway projects as well as other infrastructure projects.

The biggest concern for the US and India is the Hambantota Port, with both countries raising fears it will be used for military purposes, a claim China and Sri Lanka have denied.

Most parts of the Hambantota Port were mostly off limits for outsiders in the initial stages but gradually, it was opened up to foreign diplomats, including the US, in order to clear any secrecy behind the project.

However, The Sunday Morning learnt that both the US and India are still concerned the port, which operates under China-Sri Lanka joint management, could be a serious threat to the region if not monitored closely.

China has some of its own security officers at most of the project sites, but the Chinese Embassy in Colombo denied claims that China was looking at handling its own security without a Sri Lankan presence, especially after the Easter Sunday attacks.

“All the projects constructed or operated by Chinese enterprises have clauses on the security arrangement in their contracts. They follow the normal practice and rely on the Sri Lankan side for this matter. The Embassy doesn’t see any change to come,” the Chinese Embassy Spokesperson and Chief of the Political Section Luo Chong told The Sunday Morning.

The Chinese media in Sri Lanka have employed local journalists who, as is the Chinese practice, cannot write anything critical of the Chinese or Chinese interests.

China is also said to be showing interest in funding local publications to push the Chinese agenda through.

“We fear that the Chinese will eventually use the Sri Lankan media to play down the major concerns we have on China,” one US diplomat told The Sunday Morning on the condition of anonymity.

The Easter Sunday attacks put China on extra alert as some Chinese were among the victims of the bombing at the Shangri-La hotel in Colombo.

While most countries withdrew their nationals and diplomatic staff out of Sri Lanka, the Chinese maintained a steady presence in the country.

As was reported in The Sunday Morning last week, China has now come in on an official level to help Sri Lanka monitor the internet – China style.

China is known for its capabilities for hacking and cyber security concerns was one of reasons the US launched a trade war on Chinese mobile giant Huawei Technologies.

Huawei’s market in Sri Lanka has been fast expanding over the last couple of years and this has been a concern for the US, The Sunday Morning learnt.

Soon after the US began to take action on Huawei in the US, the Sri Lankan office of Huawei issued several statements countering the US allegations.

In one such statement, Huawei in Sri Lanka said that the company had made substantial contributions to the development and growth of Android around the world and as one of the key global partners, they had worked closely with their open source platform to develop an ecosystem that has benefitted both users and the industry.

A recent report by the US-based Human Rights Watch (HRW) gave a detailed description and analysis of a mobile app that police in Xinjiang, China and other officials use to communicate with the Integrated Joint Operations Platform (IJOP, 一体化联合作战平台), one of the main systems Chinese authorities use for mass surveillance in Xinjiang.

HRW first reported on the IJOP in February 2018, noting the policing programme aggregates data about people and flags to officials those it deems potentially threatening; some of those targeted are detained and sent to political education camps and other facilities. But by “reverse engineering” this mobile app, we now know specifically the kinds of behaviours and people this mass surveillance system targets.

The findings have broader significance, providing an unprecedented window into how mass surveillance actually works in Xinjiang, because the IJOP system is central to a larger ecosystem of social monitoring and control in the region. They also shed light on how mass surveillance functions in China. While Xinjiang’s systems are particularly intrusive, their basic designs are similar to those the police are planning and implementing throughout China.


Sri Lanka caught in the middle

When contacted, the Ministry of Defence said that while it was aware Chinese intelligence agencies were operating in Sri Lanka under cover, as are agencies of some other countries, so far, there was no threat to Sri Lanka.

Meanwhile, the rift between the US, India, and China has placed Sri Lanka in a rather precarious position where it needs the support of all these countries and so needs to play a balancing act.

Deputy Director at Bandaranaike Centre for International Studies and former Foreign Ministry diplomat George Cooke told The Sunday Morning that as a developing country, Sri Lanka needs to continue to work with as many countries as possible, including China. 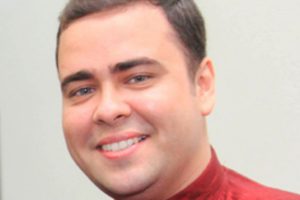 “Our relationship with both China and USA is equally unique and we need to build on the uniqueness of that relationship as one cannot substitute the other. We need to strategise each relationship to ensure that the bonds are strengthened. When we strategise our foreign policy, we would realise that it is not one against the other, or one instead of the other, but rather a situation in which we find what is in the best interest of Sri Lanka,” he said.

Cooke noted that Sri Lanka could not look at China and the US as one or the other because these two countries are working with each other as well, despite some glitches.

“They do have glitches at times but essentially the degree of cooperation and commerce is quite deep,” he said.

When contacted, the Chinese Embassy in Colombo refused to comment on what it called “baseless allegations”.

“As you know, it is the Embassy’s policy not to comment on any fabricated question, or any individual’s remarks. It is a basic principle for a news media, no matter paper or website, to get the accurate information and be responsible on what it publishes,” Embassy Spokesman Luo Chong said.

February 2, 2020 bySarah Hannan No Comments
Sri Lankan students enrolled for their higher studies in various universities in China arrived in Sri Lanka in batches over the past few days.

September 29, 2019 byThe Sunday Morning No Comments
Last week, over a period of 48 hours, four districts received an incessant downpour which caused floods, affecting 112,845 persons, while in five districts, a total of 24,284 persons were affected