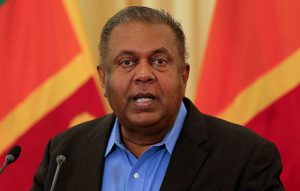 Finance Minister, Mangala Samaraweera, who claims that a letter with his signature addressed to the Pope was fake had complained about this incident to the Criminal Investigation Department (CID) today (07).

It had been confirmed earlier today that Minister Mangala Samaraweera had written no such letter and that the letter dated 03 June 2019 on a Parliament letterhead had been fabricated and was fake.

It was reported that Samaraweera had lodged a complaint with the CID requesting that the matter of the fabricated Parliament Letterhead, as well as the Minsters signature, be investigated immediately.

SLFP CC to meet this evening

November 1, 2018 byThe Sunday Morning No Comments
The central committee (CC) of the Sri Lanka Freedom Party (SLFP) is to meet this evening under the patronage of party leader President Maithripala Sirisena.

April 6, 2020 byTSM Web Desk No Comments
Four more patients have recovered from COVID-19 in Sri Lanka according to health authorities.