Finding replacement for ‘Mali’ is the biggest problem – Dimuth 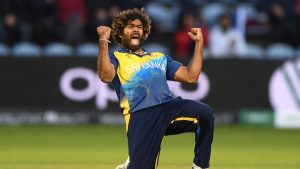 Lasith Malinga is set to retire from ODIs after the first game of the upcoming three-match series against Bangladesh. This will give Sri Lanka a chance to identify their next line of wicket-taking bowlers, which will be their “biggest problem” going forward, according to captain Dimuth Karunaratne.

“Our biggest problem is identifying wicket-taking bowlers in the months ahead. We need to find bowlers that can take wickets in the early overs, as well as the middle overs,” Karunaratne said, when asked what the team’s immediate plans were post World Cup.

“In the series ahead, we will be giving chances whenever we can to identify that talent, because we know Lasith is not available after this series. Lasith is only going to play the first match and then he’s retiring. That’s what he’s told me at least.”

SLC confirmed in a statement that the first match against Bangladesh on Friday will be Malinga’s last ODI. However, he hasn’t retired from T20Is and will be available for selection in the shortest format.

“Lasith is an exceptional player, who has contributed immensely to the game of cricket in Sri Lanka,” SLC president Shammi Silva said. “His departure from ODI cricket opens up a door for young bowlers to come and emulate what Malinga has done, while playing for the country.”

Karunaratne, who is a known stat buff, will have been likely well aware of his team’s impotency in terms of wicket-taking when making his observations. At the World Cup, Malinga’s 13 wickets at 28.69 in seven matches were more than twice that of the next best Sri Lankan bowler, Isuru Udana, who picked up six in the same number of games. Nuwan Pradeep, who picked up five in three games, is a possible contender to take over the mantle, but injuries have been a frequent hindrance for him.

As such, Karunaratne knows the only lasting solution is to plan well in advance, with his thoughts already turning towards building for the 2023 World Cup.