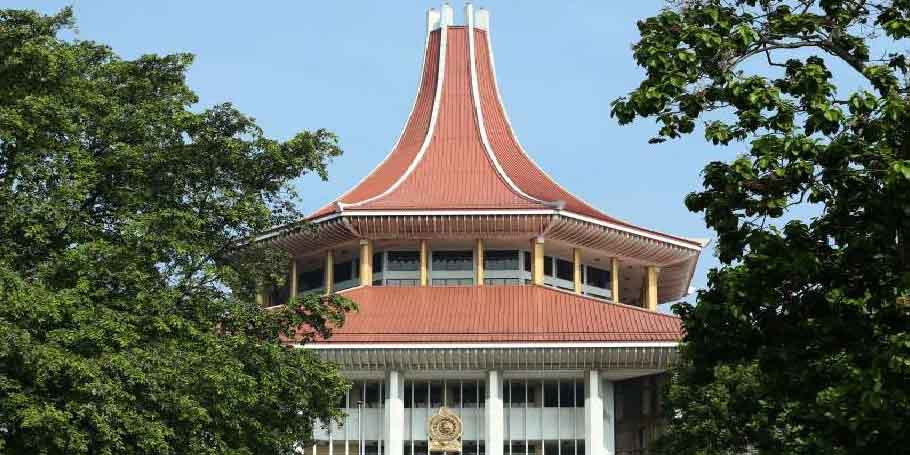 The Chief Justice yesterday (15) nominated a five-judge bench of the Supreme Court to hear a reference application forwarded by President Maithripala Sirisena, with regard to the holding of the Provincial Council elections before the Presidential elections.

According to the reference application the President has forwarded 3 points seeking the views of the Supreme Court (SP).

1)Whether he can publish the new number of electorates, the boundaries and names assigned to each electorate mentioned in the Delimitation Committee report.

2) Whether Provincial Council elections can be held under the present law.

3) Whether Provincial Council elections can be held under the previous law.

A five-judge-bench comprising of Chief Justice Jayantha Jayasuriya, Justices Buwaneka Aluwihare, Sisira de Abrew, Prasanna Jayawardena and Vijith Malalgoda will hear the reference application on 23rd August and the SP’s opinion will be delivered to the president before the 30 August.

Full text of the 3 points submitted by the President is reproduced below,

President Maithripala Sirisena, in terms of Article 129 (1) of the Constitution had referred to the Supreme Court the following questions for its consideration.

(a) In view of the Review Committee failing to submit its report to me in accordance with sub sections (13) and (14) of Section 3A of the Provincial Councils Elections Act No. 2 of 1988 as amended by Act No. 17 of 2017, whether, I, as President, can by proclamation forthwith publish the new number of electorates, the boundaries and names assigned to each electorate so created in terms of the report of the Delimitation Committee submitted to the Minster Assigned the subject of Provincial Councils?

Day of mourning if Bill against death penalty put forward

July 15, 2019 byRandev No Comments
President Maithripala Sirisena has determined to declare a National Day of Mourning if a Bill to abolish the death penalty was brought before Parliament.