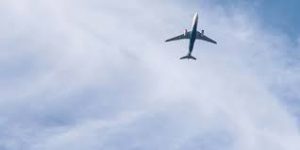 Commercial flights to Pakistan from Sri Lanka remain grounded as the airspace over Pakistan remains restricted.

SriLankan Airlines said that the airspace over Pakistan was expected to remain restricted till tomorrow (Monday).

“The temporary ban over Pakistan airspace is expected to last till 4 March. As a result, SriLankan Airlines suspended flights from Colombo to Karachi and Colombo to Lahore while incoming flights to Colombo from the two areas will also not operate,” he said.

The airspace was closed after tensions flared last week between India and Pakistan with a threat of an all-out war.

The Pakistan airspace, being a well-used air route for traffic between European and Asian countries, has seriously affected international air traffic across the globe.

April 1, 2019 bythemorninglk No Comments
The relevant authorities should take a political decision over the operations of the western region’s Solid Waste Management Project which is located in Aruwakkalu.

July 21, 2019 bythemorninglk No Comments
Investigations conducted into a boat detained last week with a consignment of heroin hidden inside had revealed that the main traffickers were Iranian and Pakistani nationals