January 26, 2020 by Madhusha Thavapalakumar No Comments

– Says even multinationals use superlatives
——————
By Madhusha Thavapalakumar 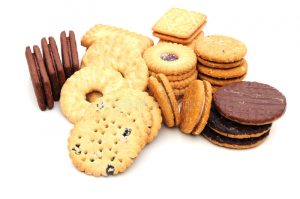 Sri Lanka’s food producers are expected to hold a meeting with the Ministry of Health and Indigenous Medical Services this week over the enforcement of a food regulation which would cause enormous losses to food companies.
The meeting comes as a result of the Government’s decision to implement a 15-year-old food regulation from the Food (Labelling and Advertising) Regulations 2005, under the extraordinary gazette issued under the Food Act No. 26 of 1980.
As exclusively reported by The Sunday Morning Business last week, under the headline “No more ‘super’, ‘smart’, or ‘gold’ on biscuits”, the regulation is to discontinue the use of superlatives, including the aforementioned ones, in naming food products unless those names are scientifically proven.
Considering the impracticality of abiding by this regulation, food producers including representatives from the rice industry, confectionery industry, and bakery associations will meet with Minister of Health Pavithra Wanniarachchi along with the Director General of the Ministry’s Food Control Administration Unit (FCAU).
Industry representatives are expected to submit a letter during the meeting, explaining the difficulties in implementing the regulation while suggesting alternative ways in which the regulation could be implemented. As of Thursday (23), the letter was still in the drafting stage and the proposals in the letter are unknown.
Speaking to The Sunday Morning Business, a senior industry official, who wished to remain anonymous, noted that they would request to reconsider the regulation on superlatives that are neither misleading the public nor causing health effects.
“We are going to ask the authorities to let the companies use words like “original” and “super” because we do not think those words are misleading. Even the multinational companies use them. However, if a product’s name is misleading, that should definitely be removed. We do not encouraging it,” the official noted.
The official added that implementing this regulation on top of the recently mandated colour-coding requirement – indicating the sugar, salt, and fat levels in the food – would be a “financial disaster” for the food industry.
The official further noted that the aforementioned gazette notification does not clearly specify the usage of superlatives and added that the Government should have conducted workshops and awareness programmes before going hard on the industry all of a sudden.
According to the industry, most of the leading food companies have established their products using attractive superlatives, both internationally and locally, and for this purpose, companies have been spending a substantial amount of their profit in brand development over the years.
“If you take ‘Gold Marie’, that has been in the industry for the past three decades, even before this gazette. Even ‘Super Cream Cracker’ has been in the industry for a really long time. These brands were developed through huge investments,” the official added.
The official also noted that these products have created a unique place in the market and most of their customers ask for these products by their superlative in order to differentiate the product from other similar products. Therefore, a change in the name could result in companies losing their loyal customers.
However, the industry official noted that if the Government is not willing to reconsider the regulation, there is no option for the industry but to change the brand name and risk incurring huge losses.
According to the FCAU of the Ministry of Health, which steers this initiative, companies that are willing to continue using superlatives have to submit the request backed by scientific explanations to the FCAU, where experts and officials will look into the explanations and grant necessary approvals.
However, even in this case, approval of health-related wordings and superlatives would be questionable as according to FCAU Additional Assistant Director J.K. Jayasinghe, they are extremely misleading for the public.
The companies and products that fail to justify the usage of the superlatives are said to be given a three-month grace period to eliminate the particular superlative. Companies that do not comply with the requirement even after the three-month grace period would face legal action, according to the FCAU.
This regulation also applies to the products that have already registered the names of their food products, unless they are scientifically proved and registered.
According to the FCAU, the sudden implementation of this regulation is a result of an ongoing court case with Raigam. Upon a complaint from a consumer against a Raigam product, the Unit requested Raigam to change the product’s name to which the company did not agree and filed a case against the Director General of the Unit.
The FCAU won the case and Raigam came up with a new name, similar to its previous name, but the Unit did not approve it and the company once again filed legal action. The Attorney General at the Court of Appeal, hearing the second case, told the Unit that if they are not willing to approve Raigam product’s name claiming it misrepresents the product, the Unit should do that for other products as well, and that resulted in the Unit looking at food products irrespective of their position in the market or customer base.
The extraordinary gazette lists out a set of regulations that should be followed when labelling a food product. This includes that no label or advertisement relating to any food shall contain words indicating that it is recommended by a medical practitioner or association or any professional or any other words which may imply or suggest that such food is recommended, suggested, or prescribed by any medical practitioner or association.
It further stated that no label or advertisement relating to any food shall contain a statement or claim thereon that such food has special characteristics unless approval is granted by the chief food authority. Products also should not contain false claims or misleading descriptions of food in such a manner as to mislead the purchaser or consumer of such food.

The import ban will kill the aspirational Sri Lankan

May 17, 2020 byCharindra No Comments
Aspirational people drive economies, but they need a dangling carrot to entice and motivate them. The ban on importing luxury goods may kill their aspirations, and thereby their contribution.

September 27, 2020 bythemorningeditor1 liberty No Comments
While fast fashion in the early 2000s focused more on pushing products out and embarking on ambitious expansion schemes around the world, the more recent past has shown them shifting their focus towar