February 9, 2020 by Madhusha Thavapalakumar No Comments 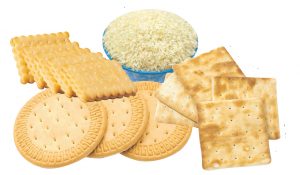 Sri Lanka’s food producers have criticised local authorities for trying to ban superlatives in brand names after copying an Indian regulation that is ill-suited to Sri Lanka’s food industry.
A senior industry official who wished to remain unnamed alleged that the sudden implementation of the 15-year-old Food (Labelling and Advertising) Regulations 2005 under the extraordinary gazette issued under the Food Act No. 26 of 1980 of Sri Lanka is nothing but a result of copying India’s Food Safety and Standards Act.
“The health authorities are claiming that the sudden implementation of this gazette is due to a legal battle with Raigam regarding one of their product brand names. That is not true. It is simply a copy of the regulation India brought in recently,” the official told The Sunday Morning Business.
The official further noted that Sri Lankan authorities often take part in health-related seminars in India conducted either by Indian health authorities or the World Health Organisation (WHO), from where they would have copied this new regulation.
On 28 June last year, the Food Safety and Standards Authority of India (FSSAI) issued two new entries to their Food Safety and Standards Act of 2006. One of them is with regard to using misleading superlatives in brand names.
“Adjectives such as ‘natural’, ‘fresh’, ‘pure’, ‘original’, ‘traditional’, ‘authentic’, ‘genuine’, ‘real’, appearing in the labelling, presentation, or advertisements of a food is likely to mislead consumer as to the nature of the food,” the Indian Act says.
However, the Act adds that “in such cases, a disclaimer in not less than 1.5 mm size in case of pack size under 100 sq. cm and not less than 3 mm in size in case of pack size above 100 sq. cm shall be given an appropriate place on the label stating: ‘*This is only a brand name or trademark and does not represent its true nature’.”
Even though the regulation was announced to be operational with immediate effect at the time, Indian food producers were given a six-month grace period from the date of issuance of the direction to enforce the regulation.
According to the industry official, this is very similar to the direction given for the industry by the local health authorities.
As exclusively reported by The Sunday Morning Business on 19 January this year, under the headline “No more ‘super’, ‘smart’, or ‘gold’ on biscuits”, food producers have to discontinue the use of superlatives in their food product names unless they are scientifically proven.
The companies that desire to continue using superlatives have to submit the request with scientific explanations to the Food Control Administration Unit (FCAU), where experts and officials will look into the explanations and grant the necessary approvals.
The companies and products that fail to justify the usage of the superlatives would be given a three-month grace period to eliminate the particular superlative. Companies that do not comply with the requirement even after the three-month grace period would face legal action, according to the FCAU of the Ministry of Health and Indigenous Medical Services.
According to the FCAU, sudden implementation of this regulation is a result of an ongoing court case with Raigam. Upon a complaint from a consumer against a Raigam product, the Unit requested Raigam to change the product’s name, to which the company did not agree and filed a case against the Director General of the Unit.
The FCAU won the case and Raigam came up with a new name, similar to its previous name, but the Unit did not approve it and the company once again filed legal action. The Attorney General at the Court of Appeal, hearing the second case, told the Unit that if they are not willing to approve Raigam’s product name claiming it misrepresents the product, the Unit should do that for other products as well, and that resulted in it looking at other food products, irrespective of their position in the market or customer base.
We reliably learnt that this regulation has created concern among food producers who have established their brands in the domestic and international markets over decades, while some of the products are widely known mostly due to these superlatives.
Sri Lanka’s food producers are expected to hold a meeting with the Ministry of Health and Indigenous Medical Services this week over the enforcement of this regulation.
The industry noted that the gazette notification does not clearly specify the usage of superlatives and added that the Government should have conducted workshops and awareness programmes before going hard on the industry all of a sudden.
The extraordinary gazette lists out a set of regulations that should be followed when labelling a food product. This includes that no label or advertisement relating to any food shall contain words indicating that it is recommended by a medical practitioner or association or any professional or any other words which may imply or suggest that such food is recommended, suggested, or prescribed by any medical practitioner or association.
It further stated that no label or advertisement relating to any food shall contain a statement or claim thereon that such food has special characteristics, unless approval is granted by the Chief Food Authority. Products should also not contain false claims or misleading descriptions of food in a manner that would mislead the purchaser or the consumer of such food.

July 1, 2019 bythemorninglk No Comments
Microsoft goes to great lengths to help local SMEs with access to funds, technology, and the technical know-how to expand their enterprises.