Forex loss of Rs. 93 b from stocks, bonds

May 23, 2020 by Madhusha Thavapalakumar No Comments 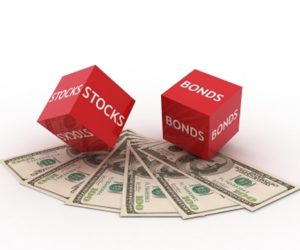 Sri Lanka lost a staggering Rs. 93 billion in foreign exchange this year up to 21 May, due to foreign investors pulling out of the country’s government securities and stocks, according to the latest available data.

Out of this Rs. 93 billion, Rs. 81.4 billion is net outflow from Treasury bills and bonds, as the Central Bank of Sri Lanka’s indicators revealed, while the rest was outflow from the Colombo Stock Exchange (CSE).

The net outflow during this period is substantially higher than the Rs. 72 billion in overall net foreign outflow reported from 1 January to 20 December 2019, during which period the Easter Sunday incident shook the country’s economy.

However, this year’s massive foreign outflow is not unique to the Sri Lankan economy and has been mainly due to the Covid-19 global pandemic. The impact of the pandemic started being felt in the Sri Lankan market at the peak of the outbreak in Wuhan, China. Nevertheless, this intensified following the identification of the first Covid-19-positive Sri Lankan in early March and had a tremendous impact on the CSE’s first quarter performance.

However, the CSE was closed for trading in the last two weeks of March, after the S&P SL20 Index, which includes the 20 largest companies by total market capitalisation listed on the CSE, dropped by 5% several times, triggering 30-minute halts in regular trading during the week that began on 16 March.

The following week, it remained closed for four days with the Government declaring holidays. It was opened on 20 March, only to close shortly after opening. Since then, the CSE remained closed until 11 May, effectively not recording any flows into or out of the CSE.

The following day (19), stocks worth Rs. 76.3 million were purchased by foreigners while stocks sold by them amounted to Rs. 545.6 million, over Rs. 140 million higher than the previous day. Total net foreign outflow for the day was Rs. 469.3 million.

Foreigners pulled out a whopping Rs. 28.12 billion worth of investments in Treasury bills and bonds in the first three weeks of March alone, which amounted to over 67% of the total net foreign outflow reported since 1 January to 20 March this year, which was Rs. 41.55 billion.

Nevertheless, following the local Covid-19 outbreak, outflow from Sri Lankan securities intensified as the same amount of net foreign outflow reported from Treasury bills and bonds during the first three months of this year were reported within a one-and-a-half month period from end-March to early May.

However, this trend too was not limited to Sri Lanka’s security market as most Asian markets which were considered safe haven markets of Asia are still suffering considerable outflows from their respective Government securities market in the wake of the pandemic.

March 28, 2019 bythemorninglk No Comments
FixIt is an app that has been designed to help Sri Lankans by providing them the opportunity to fast track the fulfilling of government duties and help the country function better.